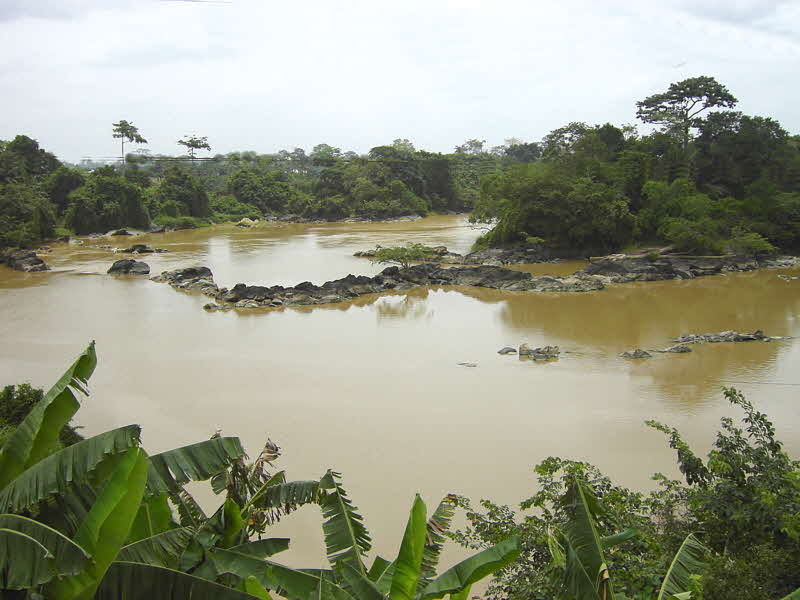 The 42-year-old father of three has nostalgic memories of the once pristine forests and dotting hills that made his village a scenic attraction. Like hundreds of smallholder farmers in the upper Tana catchment region, Kinuthia has always relied on nearby streams to irrigate crops

His seven acre farm that is located on a steep hill almost became a wasteland sometimes ago thanks to massive soil erosion that is to blame for siltation of downstream seasonal rivers.

The resilient small scale farmer never gave up on a vocation he cherished since childhood and later embraced a novel technology to minimize soil erosion in his ancestral piece of land.

In the last one year, Kinuthia has applied bench terracing on his farm to minimize soil and water runoff, boost crop yield and shield downstream streams from siltation.

The Nature Conservancy, an international conservation lobby, provided technical capacity to Kinuthia and his colleagues to enable them to apply bench terracing and reverse soil erosion on their farms.

Besides transforming the once barren farms, the novel technology has significantly reduced sedimentation of rivers and streams in the upper Tana catchment.

Currently, Kinuthia’s farm is a green spectacle and a major source of fresh produce and dairy products supplied in the nearby markets.

During an interview with Xinhua in his farm on Wednesday, Kinuthia hailed transformation unleashed by bench terracing and vowed to apply the technology for the long haul.

“Soil erosion menace almost made me give up on farming, but since embracing bench terracing a year ago, the fortunes went up tenfold. Besides abundant harvest, my income has gone up,” said Kinuthia.

He is an active member of a grassroots network of smallholder farmers in the greater upper Tana catchment who have embraced bench terracing to cushion downstream watersheds from sedimentation.

International conservation lobbies have partnered with big corporations, government agencies as well as water and energy utilities to strengthen protection of vital watersheds in Kenya.

Dubbed “the Nairobi Water Fund”, the model has been a game changer in the conservation of a catchment that provides 95 percent of clean water to Nairobi.

“The water fund model was pioneered in Latin American cities and has been replicated locally to reinforce the business case for water conservation,” Kihara remarked.
He revealed the Nairobi water fund aims to raise 15 million U.S. dollars to support large scale investments in conservation of upper Tana catchment.

“We are using data driven evidence to lobby key stakeholders to invest in conservation of a critical catchment area. Investing in water resources protection has long-term benefits in sectors like energy, health, agriculture and tourism,” said Kihara.

The Nairobi water utility has supported efforts to halt siltation of Ndakaini dam that supplies 80 percent of clean water to the city due to degradation of catchments.

“We are a key stakeholder in the efforts to protect the upper Tana catchment that is critical to water and energy supply to millions of people,” said Githinji, adding the Nairobi water utility has spent massive resources to treat turbidity caused by siltation of reservoirs.

“Experts conducted a study that informed the roll out of community based interventions like reforestation, terracing and protection of riparian areas to halt siltation of upper Tana catchment,” Githinji remarked.

He disclosed the cost of treating water supplied in Nairobi has gone down thanks to declining levels of turbidity and micro-organisms occasioned by soil run off into reservoirs.
Relentless efforts to promote grassroots led watersheds conservation in the upper Tana catchment region have paid off.

Stanley Kaminju, the head of a farmers’ group in Murang’a County, Central Kenya said smallholders have minimized over exploitation of water sheds thanks to embrace of water harvesting technologies.

“Farmers have moved away from rivers and streams as they harness rain and storm waters to irrigate their crops,” Kaminju said. Enditem