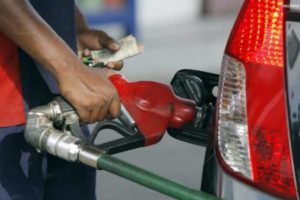 After Kenya hiked prices of fuel, some citizens are flocking to Tanzania to get the commodity at a cheaper cost.

Residents of western Kenyan counties of Homabay, Kisii, Migori and Narok are crossing over the Tanzanian border daily to buy fuel amid prohibitive cost back home.

A liter of petrol is currently retailing at 122.8 shillings (about 1.11 U.S. dollars), diesel at 0.98 U.S. dollars and kerosene at 0.89 U.S. dollars. Since the new prices came to effect on March 15, Kenyans have been flocking to Isebania town located in Mara region of Northern Tanzanian to buy fuel.

Kenyan consumers said that fuel from Tanzania is cheaper and of good quality. “The cost of fuel is unaffordable and we have been forced to get it from Tanzania where the price is not high compared to what is offered in the Kenya market,” said Elisha Makori, a Public Service Vehicle driver.