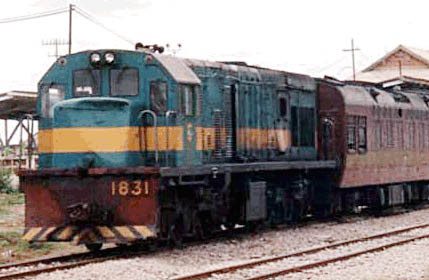 The Standard Gauge Railway (SGR) passenger train service whose first anniversary was celebrated on May 31 will be instrumental in propelling Africa’s rise as a global economic power, a Kenyan expert said Sunday.

Peter Kagwanja, CEO of Nairobi-based think tank Africa Policy Institute said in a commentary published by Sunday Nation Newspaper that the SGR project has revolutionized regional growth while placing the African continent in a vantage position to become an economic and industrial powerhouse.

Kenyan President Uhuru Kenyatta on May 31 last year launched the modern train to operate along the China-funded 480-km railway linking the port city of Mombasa to the Kenyan capital, Nairobi.

He added that the railway project has reduced the cost of maintaining roads and air pollution that is linked to use of heavy commercial vehicles to transport cargo.

“The new railway network is supporting efforts to diversify the economy and enhance East Africa’s export potential. It has created an enabling environment for investments,” said Kagwanja.

“SGR is Africa’s most audacious railway project. Railways are linked to the rise of powers such as the United States, China and Russia,” Kagwanja remarked.

“In this sense, the new railway paves the way for Africa’s emergence as a major global power,” he added. Enditem