Assistant Minister in the Ministry of Agriculture Gideon Ndambuki

An Assistant Minister in the Ministry of Agriculture Gideon Ndambuki told journalists in Nairobi the tea sector recorded a 12 percent increase in earnings despite lower export volume due to a depreciated shilling and strong price of tea.

“The export earnings for 2011 which stood at 1.27 billion dollars were the highest the industry has ever recorded, due to weakening of the shilling against the dollar coupled with improve prices,” Ndambuki said.

Ndambuki said that the average exchange rate was 88.6 to the dollar in 2011 compared to 79.2 to the dollar recorded in the previous year.

“Due to Kenya ’s good quality of tea, only a few countries including Sri Lanka recorded better auction prices than Kenya ,” the assistant minister added.

He said that over the past five years local consumption has been growing at an average rate of 3 percent annually.

“ Pakistan was the leading export destination having imported 80. 8 million kilograms or 19 percent of all the volume,” Koome said.

Kiome said that among the key markets, Pakistan recorded a growth of 6 percent in volume compared to 2010 due to a continued reduction in incidences of commodity smuggling from neighboring Afghanistan .

“Exports to Egypt , which was the largest market for Kenyan tea in 2010, declined by 14 percent largely due to political unrest within the Arab country at the beginning of last year,” he added.

“Tea volumes destined to Britain declined by 6 percent, while Afghanistan and Sudan also reduced volumes by 10 and 16 percent respectively. The lower export volumes to Sudan was attributed to a shortage of foreign exchange in the country due to reduction in revenue after the country lost 75 percent of its oil reserves to South Sudan following the secession in 2011,” he added.

Koome said that deliberate efforts to develop emerging markets are paying off, as these new markets experienced the largest increase in volumes in 2011. Compared to 2010, export volumes to Russia , China , Iran rose by 11 percent, 40 percent and 70 percent respectively in 2011.

The PS said that there has been a global trend of declining consumption of tea except in countries that have large population such as China and India .

“In Europe and North America tea is considered an old style habit and so the youth in these nations are going for other beverage options such as juices and soft drinks,” he said.

“We hope to tap the huge youth market in foreign counties by introducing attractive and innovative types of tea in order to boost our export volumes even further,” Koome said.

Tea Board of Kenya MD Sicily Kariuki said that the tea sector surmounted the production challenges occasioned by hot and dry conditions in the beginning of 2011 and frostbite towards the end of the year to post record earnings.

Kariuki said that the country’s production for the first quarter of 2012 will be impacted negatively by the dry weather spell and the frostbite that has affected parts of the tea growing areas.

“We are projecting that production for the first quarter of 2012 will likely drop by 17 percent from 85 million kilograms recorded during the same period in 2011 to about 70 million kilograms,” she added.

“Consequently, this is likely to affect production for the year marginally by 2 percent from the 377 million kilograms recorded in 2011 to 369 million kilograms,” the managing director said.

However, Kariuki said that due to expected firm prices at the auction, Kenya ’s tea export earnings for the year 2012 should reach 1.34 billion dollars thereby surpassing the 2011 record of 1. 27 billion dollars. 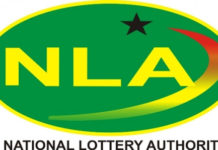 National Lottery Authority is committed to the Payment of Big Wins 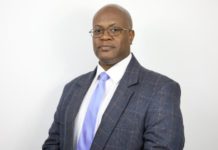 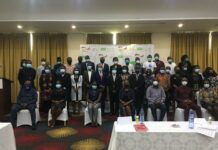 GIZ-Ghana to top up salaries of returning and diaspora experts 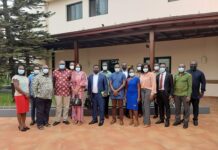 Agro-processing and Tourism present an opportunity for job creation – Experts