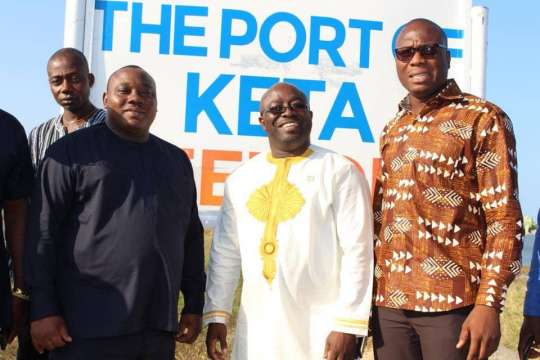 Mr Godwin Edudzi Effah, Municipal Chief Executive (MCE) for Keta has said construction works would begin on phase one of the Keta Harbour by December this year.

Mr Effah said the harbour had two components, fish landing site and the main harbour and that government had begun processes for the former to be constructed around the Keta fort area.

“A very important component of the harbour is a fish landing site. The site for this facility was inspected by three ministers from Accra about two weeks ago. Construction works will begin before the end of December, 2019,” he said.

The MCE said this at a Meet the Press series organised by the Assembly to showcase its performance in the implementation of government’s policies and programmes since January 2017.

The MCE said some seven companies out of 19 had showed interest in the project and were in “town for feasibility studies” to start work on the harbour.

Mr Effah spoke on how government’s flagship programmes including the Free SHS, Planting for Food and Jobs, School Feeding Programme and Nation Builders Corps had impacted positively on people in the Municipality.

He also touched on strides the Assembly made in undertaking major projects in sectors such as trade, education, health, sports, and agriculture.