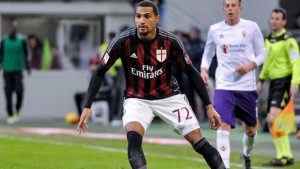 Suspended Ghana midfielder Kevin-Prince Boateng has revealed he nearly retired from the game following his troubles at Schalke 04.

The 28-year-old suffered massive embarrassment after he was suspended by the German outfit towards the end of last season.

The Ghana international was frozen out of the team on disciplinary ground until AC Milan came to his rescue.

The former Portsmouth man has revealed he came close to quitting the game over the incident.

“It was the toughest time of my career because, before then, I had always had the luxury of being part of a club where I was playing and I was one of the most important players in that team. I would ask a lot of questions of myself and wonder what it was that I had done wrong in the two years.”

“I cannot think of anything so bad to justify throwing me out,” he said. “Of course I made mistakes, [but not such] that a club who had spent €10 million on me would then suspend me.”

He also reveals he holds no grudge against the Royal Blues.

“Of course I considered it,” he said. “When you can’t find a new club for whatever reasons, and Schalke, the club you are contracted to, no longer want you, you ask yourself if maybe you should quit and do something else to make me happy. But when you are only 28, it’s too early to leave a sport that you love.

“But peace is something you make after a war, and I never had a war or looked for one. But I am pleased that we can now clear it all up calmly and I wish Schalke all the best.”