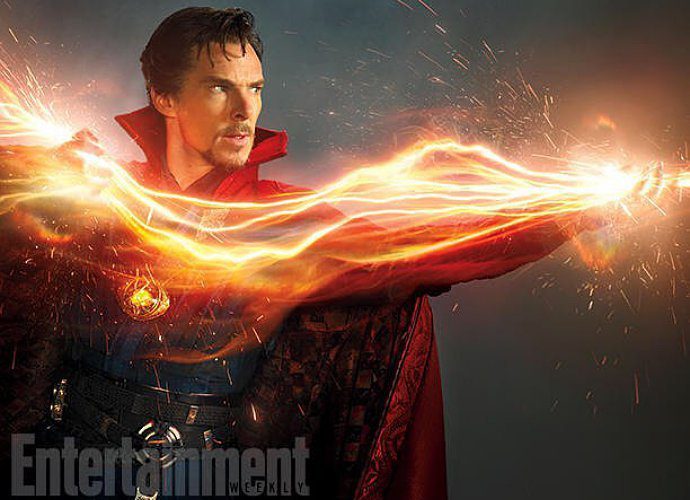 Following the first official look at Benedict Cumberbatch as Doctor Strange, other details about the character have surfaced online. Marvel Studios head Kevin Feige recently hinted at Stephen Strange’s superpowers which differentiate him from other Marvel superheroes.

Talking to EW, Feige said that the sorcerer could “do a whole host of things, eventually.” “He does cast spells, which in the comics have very sort of tongue-twisty fun names. We don’t want to shy away from that, because that’s what makes Doctor Strange Doctor Strange. He has a Cloak of Levitation that allows him to fly, but he doesn’t fly like Superman or like Thor. It’s almost got a consciousness of its own, this cloak, which, again, gives us a superhero with a red cape – which we’ve seen a few times – but allows us to do it in a wholly unique and wholly original way,” Feige said of the titular character.

He went on explaining what abilities the skilled neurosurgeon possessed after he found a mystical world following a traumatic car accident. “He can create these mandalas of light that he can use as shields and he can use as sort of weapons. He can create portalas that will open before your eyes that he can step through and go to other places around the world. And frankly, even in this film, we’ll only touch upon what a lot of his powers are,” he added.

Feige also revealed details about an amulet known as The Eye of Agamotto which Strange used to help him besides his supernatural powers. “Strange is also helped by an amulet known as The Eye of Agamotto. The Cloak of Levitation [and] the Eye of Agamotto are his two signature pieces,” Feige shared. “In this film, the Eye is a very important relic that can be quite dangerous if used in the wrong hands, because it has the ability to do any number of things, the most dangerous of which is, it can sort of manipulate probabilities. Which is also another way of saying, ‘screw around with time’ – which is part of our story.”

The film also stars Rachel McAdams, Tilda Swinton, Chiwetel Ejiofor, Michael Stuhlbarg and Mads Mikkelsen, who is believed to play the film’s main villain. Directed by Scott Derrickson, “Doctor Strange” is scheduled to arrive in the U.S. on November 4, 2016.