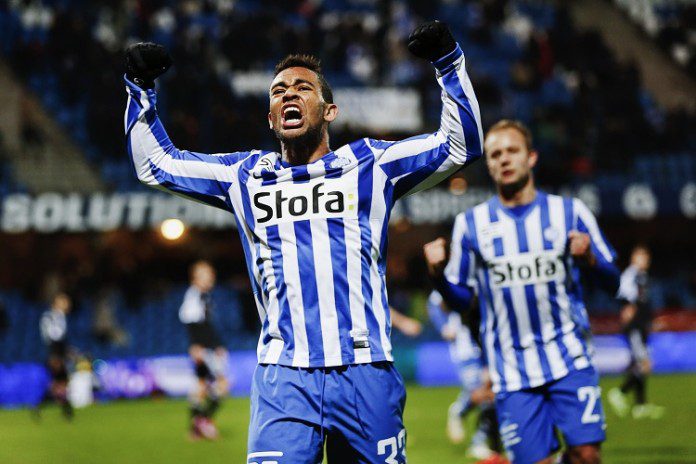 Danish-born Ghanaian attacker Kevin Mensah scored his first goal of the season for Esbjerg on Monday as they eased past rivals Odense BK in the Danish Superliga.

The 24-year-old volleyed home his debut goal of the season as Esbjerg recorded a handsome victory laced with a commanding first-half display at the Blue Water Arena.

The former Viborg striker had been involved twice as he assisted Robin S?der to open the scoring under 1 before setting up Iceland international Victor Palsson for the third goal in the 30th minute.

Six minute later, he added his name to the score-sheet by firing home from a trademark range to register his first league goal of the season.

Mensah joined Esbjerg from relegated Viborg two seasons ago but played just his second game of the campaign on Monday but did well to mark it with a goal.

His brother Jeff Mensah is on loan at Skive IK from Viborg.

They both hold both Ghanaian and Danish passports.