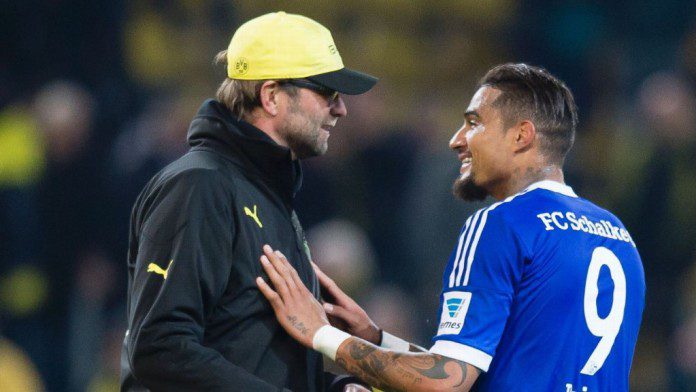 Kevin-Prince Boateng has praised former Borussia Dortmund boss Jurgen Klopp as the “most wicked coach” of his career.

Former Ghana international Boateng, now with AC Milan, played under the current Liverpool boss during a six-month loan spell from Tottenham Hotspur in 2009.

He said Klopp was his favourite, though, despite his limited time at the Westfalenstadion.

“Dortmund was like Christmas, Easter and New Year’s Eve on one day,” Boateng wrote in an excerpt from his new autobiography published by German tabloid Bild.

“Klopp’s just the most wicked coach I have ever worked with, and not even because of his sporting skills, but just because he’s a wicked guy.”

He added that Klopp has always been a genuine person, adding: “That’s why every team he trains will always develop an incredible team spirit, and die for him on the pitch.”

Dortmund declined to sign Boateng after his loan spell, during which he had made a series of headlines for his off-field behaviour, saying his £5 million asking price was too high.

He only returned to Germany in 2013, when he joined BVB’s arch-rivals Schalke from AC Milan.

After one solid season, his time at the Royal Blues came to an unpleasant end after he was suspended from the team in May last year and never returned.

Two of the eight chapters in his book focus on his time in Gelsenkirchen, but Schalke sporting executive Horst Heldt said he does not fear any extraordinary revelations because Boateng signed a non-disclosure agreement before leaving the club.

“It’s no news to me that Boateng wants to publish his memoirs,” Heldt told reporters on Wednesday.

“Should there indeed be passages in the book where he makes negative comments about persons formerly or currently at the club, he will not be able to sell as many books as the fine will cost him.”

Revier Sport and kicker both report that Boateng would have to pay €500,000 if he were to breach the agreement.