Mr Kim died last week after two women accosted him briefly in a check-in hall at a Kuala Lumpur airport.

Malaysian toxicology reports indicate he was attacked using “VX nerve agent”, which is classified as a weapon of mass destruction by the United Nations.

There is widespread suspicion that North Korea was responsible for the attack, which it fiercely denies.

It responded furiously to Malaysia’s insistence on conducting a post-mortem examination and has accused Malaysia of having “sinister” purposes.

Malaysia’s police chief Khalid Abu Bakar said on Friday that one of the women Mr Kim interacted with at the airport had also fallen ill with vomiting afterwards.

He said the airport and areas the suspects are known to have gone to would now be cleaned.

Who was Kim Jong-nam? 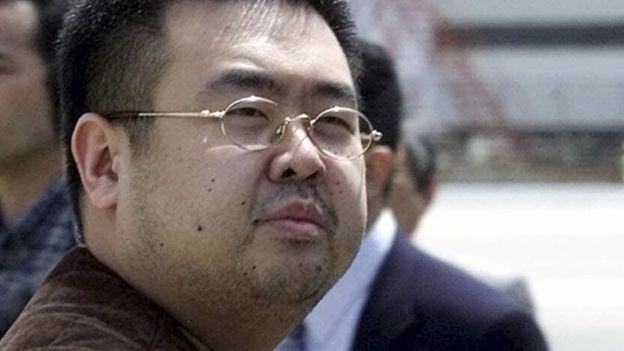 The well-travelled and multilingual oldest son of late North Korean leader Kim Jong-il, he was once considered a potential future leader. He has lived abroad for years and was bypassed in favour of his half-brother, Kim Jong-un.

How did he die?

A woman was seen in CCTV footage approaching Mr Kim and wiping something across his face. He sought medical help at the airport, saying someone had splashed or sprayed him with liquid.

He had a seizure and died on the way to hospital.

Malaysia says it was clearly an attack by North Korean agents. Four people are in custody, including one North Korean and the two women he interacted with at the airport. Seven North Koreans are being sought, including a diplomat.