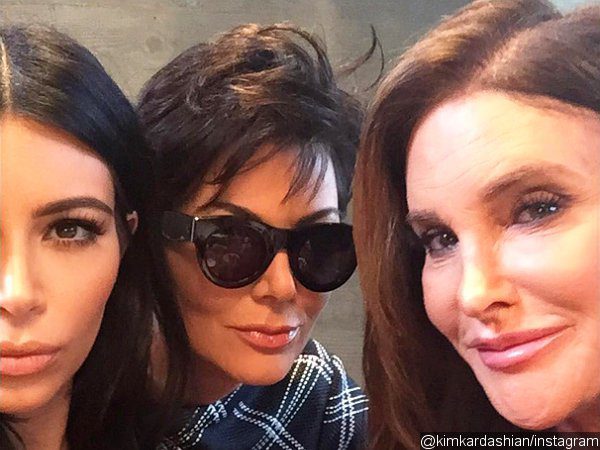 Kim Kardashian shared with fans on Instagram another break-the-internet snap after posting a selfie with Hillary Clinton earlier in the week. While preparing for Kylie Jenner?s birthday, the 34-year-old reality TV star posted the first picture of Kris Jenner and Caitlyn Jenner together on Friday, August 7.

In the said picture, Kris and Caitlyn were all smiles while Kim was seen pouting her lips. The three ladies looked radiant in their simple makeup. The picture came along with a caption, ?The parent trap.? The picture shows that the exes? relationship stays amicable.

Though Kris previously admitted it would take time to accept her ex-husband?s transition, she has been supportive of the former Olympic athlete. Commenting on Caitlyn?s transition, Kris said, ?I think that someone following their dream is truly inspirational to a lot of people?you have to do what makes you happy.?

Besides taking a selfie with Kris and Caitlyn, Kim also posted a selfie with Caitlyn alone. The pregnant reality TV star called the Arthur Ashe Courage Award recipient ?the great Cait.? A fan @aye_susy commented on the picture, ?Caitlyn looking prettier than Kylie.?

Kanye West?s wife also posted some snaps with her ?sister squad,? including Kylie, Kendall Jenner, Khloe Kardashian and Kourtney Kardashian. The Jenner-Kardashian sisters looked happy. They could be seen putting their tongues out in some snaps. One of the pictures honored Kylie who is going to have her birthday next Monday. A caption for the picture read, ?Happy Birthday Ky!!! We [love] U!!!?