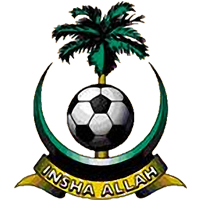 King Faisal Football Club recorded their first win in the Ghana Premier League on Friday by beating Inter Allies by a lone goal at the Ohene Ameyaw Park in Techiman.

Substitute Samuel Kusi who took over from Wadudu Yakubu climbed off the bench to score in the 84th minute mark to give King Faisal the vital points, which also increased their points tally to four.

Inter Allies were the better of the two sides in the opening minutes of the game but they failed to take full advantage of their dominance and allowed the host to settle.

Experienced midfielder Michael Akuffo combined effectively in the heart of the pitch with Emmanuel Maidawa and Albert Mensah to give the home side a win.

King Faisal defender Pius Baffour was adjudged Man of the Match as he took home products from NASCO.