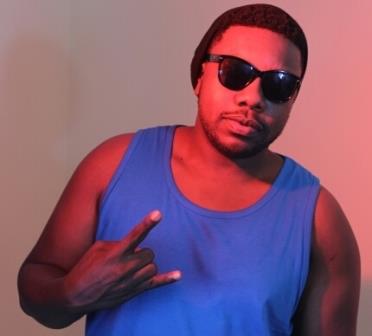 Producer, song writer and recording artist King of Accra has opened up on his educational background, family and his love life.

From a humble beginning as a rapper King of Accra received tuition and mentorship from one of Ghana’s most successful music producer, Hammer of the Last two fame.

Instead of using a nick name KOA chose to use his real name Nii, a male Ga name which means King and to make it more different, he branded it with “of Accra” to show where he is crown king.

KOA started his educational journey from “Anti Paulina” at Madina a suburb in Accra, then moved to East Legon to continue his basic education at a school called “Elican”.

After completing his Junior High School Education at “Elican” in 2001, he gained admission to Accra Academy Senior High school where he offered General Art.

It was during his High school days that King of Accra started getting employment from other studios after his apprenticeship at “Hash Hash” studios under able supervision of Hammer.

In 2008 KOA known in real life as Nii Commetey Commey furthered his education at the University of Ghana, Legon where he read music, philosophy and majored psychology.

The “Daabi” hit maker faced challenges with his tertiary education due to the popularity he gained from his work at the time. He also stated that he concentrated on his work more than his studies and that really affected his grades.

King of Accra is born to late Rev. Mr Isaac Nii Commetey commetey and Mrs Georgina Commetey, he has three siblings. KOA is from a family of musicians and use to sing in church together with his Mother and siblings.

His father was not in support of his career and the kind of music he creates due to their strong Christian background. According KOA his father had no choice than to support him when he started seeing the positive outcome of his works.

He also stated that his mother got him his first MIDI keyboard and she is in support of whatever he does.

King of Accra quickly said no when he asked if he is married. And when was asked whether he was in any relationship he didn’t sound too sure about his answer. He stated that he is not in a serious relationship but rather he is married and committed to his work.

King of Accra has worked with almost every Hip hop artist in Ghana. He has produced beats for Sarkodie, Guru, Trigmatic, Shatta Wale to mention but a few.

In conclusion KOA stated he enjoys listening to works from producers like Slimbo, Nshonaa music, Kuvie and others good producers because they challenge him to up his game.