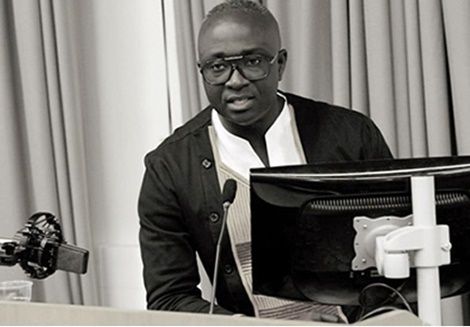 Broadcaster Kwasi Kyei Darkwah (KKD), who is standing trial for a rape related offence, will return to court on February 12.

Hearing today resumed at a court in Accra, and subsequently adjourned to February 12.

Newsmen in court Thursday, said counsel for the accused said he was given bed rest at the hospital after he was rushed there Wednesday.

The court had wanted to issue a bench warrant for KKD?s arrest after state persecutors faulted KKD?s counsel for not doing the right thing by informing the court in a writing of his client?s condition.

But the goodwill of KKD?s lawyer, Tony Forson, saved the entertainment icon and the warrant was not issued.

The state is going ahead to prosecute KKD even though the alleged victim, 19-yar-old Ewuraffe Orleans Thompson has written to them declaring her disinterest in the case.

The Airport Police arrested KKD on December 27, 2014 after the 19-year-old accused him of raping her in a hotel washroom. The Human Rights Court in Accra granted the ace broadcaster bail on humanitarian grounds after 19 days in detention.

It was thought that in the wake of the lady?s letter, the prosecution may enter a nole prosequi and discontinue with the case but the prosecution says it is pressing on.

Judge expresses surprised at turn of events in Opuni trial

Trader to face court for indiscriminate dumping and burning of refuse