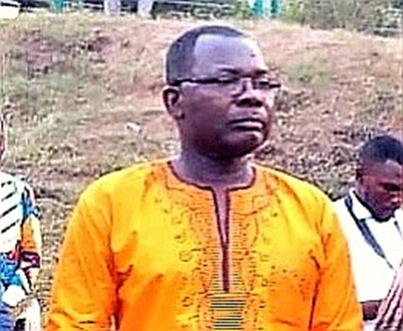 The Kumasi Metropolitan Assembly (KMA) has expressed its condolences to the Management and staff of ‘Luv FM’, a subsidiary radio station of the Multimedia Group, on the demise of its Editor, Alhaji Saeed Ali Yakubu.

“The news came at a time when the KMA was experiencing the best of Alhaji Saeed’s works as a journalist and news Editor.

“He, especially, partnered the KMA on the ‘Metro Environmental Law Enforcement Drive’, which was launched on June 29, 2019, seeking to address sanitation challenges in the metropolis,” a statement issued by the Assembly, copied the Ghana News Agency (GNA), Kumasi, noted.

The late Alhaji Ali Yakubu, a devout Muslim, passed on in the early hours of Sunday, August 16, at the Komfo Anokye Teaching Hospital (KATH), after a short illness, and had since been buried in accordance with Islamic tenets.

The statement said the death had come as a shock to the Assembly, promising that the authorities would stand solidly by the bereaved family, as well as the Management and staff of the Kumasi-based radio station in this difficult moment.

Meanwhile, the inky fraternity has also expressed shock at the demise of one of their own, pouring out their condolences to the affected family and working colleagues of the late Editor.

Various media and social media platforms monitored by the GNA indicated the sorrowful mood in which journalists, particularly those close to the deceased, found themselves as they prayed for his soul.