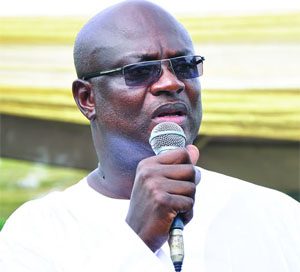 Mr. Joshua Nii Noi Tetteh Nortey, the Metropolitan Planning Officer, who announced this said it would involve the provision of education and health infrastructure, markets, water and sanitation facilities. He was speaking at a town hall meeting held jointly by the assembly and an NGO, Centre for the Development of People (CEDEP), under the social public expenditure and financial accountability (SPEFA) project.

SPEFA is a social accountability mechanism aimed at improving citizens perceptions of urban management and increase their engagement with the metropolitan and municipal assemblies.

Mr. Nortey spoke of the need for the people to accept to pay their levies and rates to enable the assembly to generate more revenue to smoothly implement its development agenda.

The Metropolitan Chief Executive (MCE), Mr. Kojo Bonsu, said SPEFA was part of the deliberate effort by government to strengthen the decentralization system by deepening the people’s involvement.

It provides a perfect platform to gauge public reaction to guide the assembly in its decisions.

He underlined their determination to work hard to bring development and transform the living conditions of the residents.

The MCE announced that roads covering about 75 kilometers was going to be asphalted and said this would start in the first week of February.

Mr. Charles Sakyi, the Executive Director of CEDEP, said SPEFA was offered the opportunity for duty bearers to account for their stewardship and hinted that four more fora would be held during the year.

I am the right candidate for NDC 2024 – Kojo Bonsu

Help the KMA to clean the city – Presiding Member