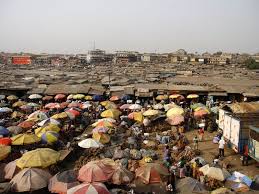 The Kumasi Metropolitan Assembly (KMA) has warned traders against the activities of unscrupulous persons who are parading themselves as agents of the assembly and trying to allocate stores in the new Kejetia market which is under construction.

The assembly says it had not authorised anybody to allocate stores in the market which is still under construction to traders or individuals and urged the people to be on the lookout to avoid falling victim to these fraudsters.

A statement signed by Ms Henrietta Afia Aboagye and issued in Kumasi, noted with serious concern that some faceless people have been collecting money from traders and individuals with the assurance that they would be given shops at the phase II of the Kejetia Redevelopment Project (Central Market).

The Assembly said the project was still under construction and it had not authorised anyone to pay money to own a shop.

It warned that anybody who pay money to these fraudsters with the view of getting a shop when the new market was completed, does so at his or her own risk.

“It must be noted that no decision has been taken on even the amount to be paid for the allocation of shops when the project is completed.

At the appropriate time, all such information relating to the allocation and payment for shops and the modalities for payment would be made public,” the statement stressed.

The statement advised the general public to report anyone who demanded payment of money with assurance of being given a shop or shops at the Central Market, to the secretariat of the Metro Chief Executive or the appropriate security agencies.

Charters urged to regulate activities of boards of State Enterprises