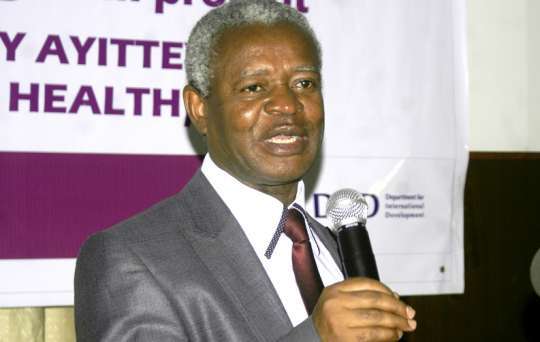 The Kwame Nkrumah University of Science and Technology (KNUST) medical school has emerged winners of the ninth edition of the annual psychiatry debate on the theme “ Which cost more : Physical health or Mental health”, in Accra.

They beat five other universities to win the ultimate prize of a trophy and a working visit to the St Patrick’s Mental Health Service in Ireland.

Dr Akwesi Osei, Chief Executive Officer of the Mental Health Authority, said the debate was to help students to read more, whip their interest and get them to be more familiar with psychiatry and help them to pursue psychiatry.

He said the eight weeks medical students spent in psychiatry in medical school, was not adequate enough and did not allow them get enough exposure into psychiatry.

Dr Osei said the Authority was faced with lots of challenges in terms of financial resources saying this year was a challenging year for them, despite the fact that they were also able to achieve some successes, with the inauguration of the mental health board.

“In spite of the financial challenges, we were able to extend mental health services to the regions and get a lot of public education, with lots of NGOs coming on board. We were also able to pass the legislative instruments which support the main Mental Health Act and hoping to establish the mental health levy and parliament would decriminalise attempted suicide.”

He noted that the modern way to treat mentally ill patients was not to establish huge facilities, but smaller ones in the middle and northern belt.

But beyond that they wanted every region and district to have a psychiatric facility within the regional and district facility.

“We want to reduce psychiatry treatment to the point that there would be no treatment gaps anywhere. The advantage of the availability of these facilities are also for training purposes.”

Dr Osei congratulated all participating schools for their efforts and urged them to be back next year even more prepared to contest.