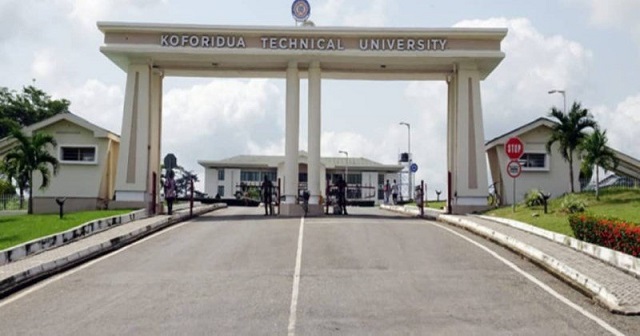 The Koforidua Technical University (KTU) has received an award from the Public Procurement Authority (PPA) for excellence in implementing the Ghana’s Electronic Procurement System (Ghaneps).

Mr Franklin Amankwah, Head of Procurement at KTU was also given an award for spearheading the University’s transition to the Ghaneps smoothly.

Presenting the award, Mr Frank Mante, Acting Chief Executive Officer (CEO) of the PPA said the award was in recognition of KTU’s outstanding usage and promotion of the system and expressed hope that it would serve as a motivation to all public procuring entities and as champions of the Ghaneps.

He indicated that at the launch of Ghaneps, five institutions including; Ghana Cocoa Board, Ghana Health Service, Tema Metropolitan Assembly and the Department of Feeder Roads were chosen to pilot the usage of the Ghaneps.

He added that KTU within the short time had uploaded all their Procurement needs online in accordance with the objectives and implementation of the Ghaneps.

This was during the closing ceremony of PPAs E-Procuremnt roll out training workshop for Management and Procurement Officers in the Municipal and District Assemblies in the Eastern Region, in Koforidua.

Ghaneps is an alternative to the manual/paper process of procurement of purchasing of goods and services online and provided an efficient way of improving Procurement by reducing the human interface and its attendant issues relating to tendering and bidding.

Mr Mante said the Ghaneps had been integrated with several other government systems such as the Registrar General’s Department, Ghana Revenue Authority and the Social Security and National Insurance Trust.

This is to help check the eligibility of companies partaking in public tenders in respect of their compliance on payment of taxes and social security for their employees.

He said within a period of three years, the PPA aimed at rolling out Ghaneps to all public entities in the country in a phased manner and the expectation was that by 2023 the over 660 public entities would be fully operational on the system.

The acting CEO explained that the approach was preferred above the big bang or the swift short term roll-out for effective and efficient change management strategy which would increase the success of the implementation to enhance adoption of the system.

So far, there are about 197 entities live on Ghaneps, over 106 training sessions have been organized for about 1,576 Procurement officers, 1,307 management and other essential entity staff as well as over 19,000 suppliers and about 43 entities had uploaded their annual Procurement plan for the 2021 fiscal year already.

He reminded the group that all entities however were required to advertise their tender notices on PPA’s website in addition to one widely circulated newspaper in pursuant to section 47 of the Public Procurement Act, 2003 (Act 663) as amended.

Mr Seth Acheampong, Eastern Regional Minister, expressed the hope that the procurement plans would be prepared online and charged the participants to be the game changers for the region as they went out there to practice the novelty.