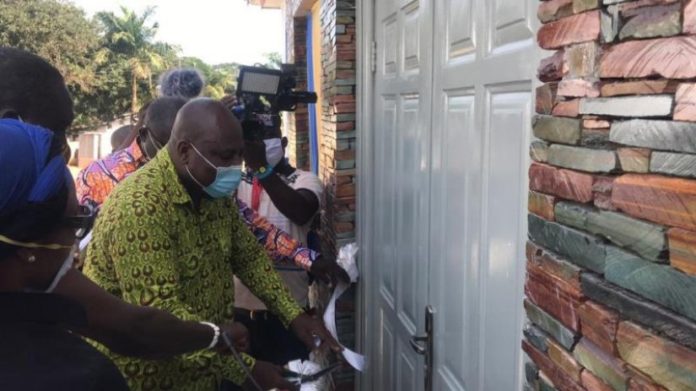 The Korle Klottey Municipal Assembly (KoKMA) has inaugurated and handed over a 20-bed capacity isolation centre for Coronavirus patients to the Adabraka Polyclinic.

The facility comprises of two wards of 10 beds each for males and females with a consulting room and washroom compartments attached to each of the wards.

Mr Samuel Nii Adjei Sowah, Municipal Chief Executive for KoKMA, said the Assembly footed the bill to convert an open shed into a twenty bed capacity facility which would now serve as an isolation centre for coronavirus patients.

This, he said, was borne out of their sensitivity towards the health and safety of the people and also to ensure that health practitioners and providers were able to operate effectively in managing the global pandemic.

He said the total cost of the entire project including furnishing which was executed in two weeks was GH¢342,162.99.

Nii Sowah said the Assembly was of the firm conviction that this centre would continue to be a valuable additional ward to the Polyclinic even after the pandemic is over, and entreated management of the Polyclinic to ensure that it is kept in good shape at all times.

Mr Ishmael Ashitey, Greater Accra Regional Minister, inaugurating the facility, commended the Assembly constructing the structure within the shortest possible time and expressed the hope that the centre would be used for the purpose for which it was established.

Dr Abdul Razak Quao, Head of the Polyclinic, expressed appreciation to the Assembly for the construction of the centre.

He said the facility used to be an open shed constructed during the 2014 cholera outbreak to serve as an isolation bay, but upon further deliberations with the Assembly they took up the structure and converted it into a ward.

He said the centre would be used to hold suspected corona virus cases to prevent them from spreading further.

Dr Lucio Dery, Deputy Director, Administration, Greater Accra Regional Health Directorate, said the Directorate would continue in its efforts to be logistically ready to combat any form of epidemic.

He said with the inauguration of the centre, the security of suspected patients was guaranteed, adding that they would ensure that the centre was kept in good shape at all times.

Dr Zanetor Agyeman-Rawlings, Member of Parliament for the area, commended the Assembly for collaborating with Polyclinic adding that the centre has come at the appropriate time.

She appealed for support for more personal protective equipment for the medical team at the Polyclinic.