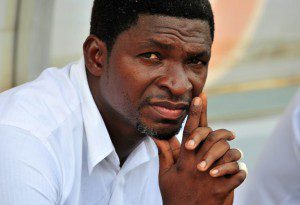 The man who mentored Baba Rahman into a world-class player has warned Chelsea coach Jose Mourinho against throwing the left-back at the deep end by playing him in the starting team.

Maxwell Konadu, who is the Ghana assistant coach, says the Portuguese manager is tempted to start Rahman this weekend because the Blues? defence has been struggling since the start of the season.

The 21-year-old joined the English champions this week from German side Augsburg and he is rumoured to be a firm favourite to start this weekend when they travel to face West Brom.

However Konadu, who recruited Rahman from second tier Dreams FC to Ghanaian giants Asante Kotoko, says the versatile player must rushed into the Chelsea starting line-up.

?He [Baba] can play on the left full-back, the right full-back and in central defence,? Konadu told Angel FM.

?The way things are not going well for Chelsea at this time it will be good for him to start from the bench.?

Baba is indeed a welcome addition to the squad as Chelsea have been pretty awful so far this season.

While the attack have at times have looked alright the defence has been shambolic.

Furthermore, John Terry was substituted by Jose Mourinho for the first time against Manchester City and Branislav Ivanovic has looked terrible against everyone.

With Baba Rahman now on Chelsea?s books, he will hopefully transform the defence from Kinder Bueno soft-centred nonsense into a frozen Galaxy bar.