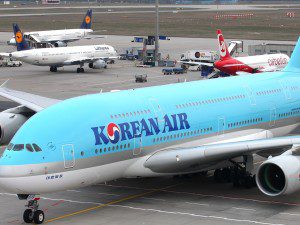 In a statement, Korean Air and its parent company Hanjin KAL decided to buy Asiana at board meetings held on Monday.

The deal is valued at 1.8 trillion won (1.6 billion dollars). The move would create the world’s 10th-largest airline measured by fleet size.

Koean Air spoke of “great momentum to restructure the Korean aviation market amid the unprecedented crisis faced by the global aviation industry due to COVID-19.”

The country’s antitrust regulator still needs to review the deal over the issue of monopoly. If things go smoothly, the deal is expected to be completed later next year.

A planned takeover of Asiana Airlines by a local consortium fell through in September in light of the coronavirus pandemic’s effect on the airline’s financial situation.