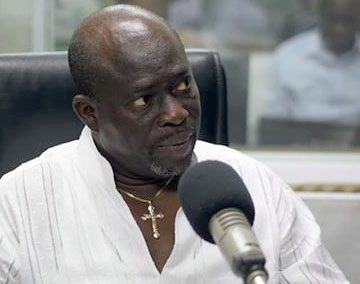 The decision which was made public yesterday was with immediate effect.

The President has subsequently appointed one Dr. Gilbert Buckle, said to be an internationally recognised Public Health Physician, as the new Acting Chief Executive Officer of the nation?s premier health facility.

A release signed by Head of Communication and Presidential Spokesman at the office of the President, Ben Dotsei Malor, did not give any reasons for the decision.

The decision is however believed to have stemmed from series of protests and agitations by workers of the hospital against his administration coupled with multiple allegations of misappropriation of funds.

This decision comes a day after the newly appointed Minister of Health, Dr Kwaku Agyemang Mensah decided, on his first day at post, to reinstate Rev. Botchway who had been sacked by the former Minister.

This provoked a swift response from the Charles Ofei Palm-led Korle Bu Senior Staff Association (KOSSA) and the Consultants and Specialists Forum of the hospital in which they gave government a three-month ultimatum to appoint a new CEO, hence Rev. Botchway?s final exit.

News of his removal was received with joy by staff of the hospital.

The dismissed CEO now reverts to his position on the hospital?s Board which is Chaired by Eddie Annan; a body the Senior Staff Association and Consultants and Specialists Forum has asked to be also dissolved and reconstituted.

The new acting CEO of Korle Bu, Dr. Gilbert Buckle is said to have more than 17 years of experience working in the public and private health sectors in Ghana, with 12 years in senior management and leadership roles.

A statement from the Presidency said he had served several years in Koforidua, Eastern Region, where he rose to become Medical Director of the St. Joseph?s Hospital and also Municipal Director of Health Services.

Dr. Buckle is currently the Executive Director of the Christian Health Association of Ghana, a group that provides about 20 per cent of all outpatient and 30 per cent inpatient services in Ghana.

In addition, he is a member of the Ghana Medical Association and the Public Health Association of Ghana. He is a professionally certified Organisational and Systems Development Practitioner.

Forced to resign or sacked: the Ghanaian tradition