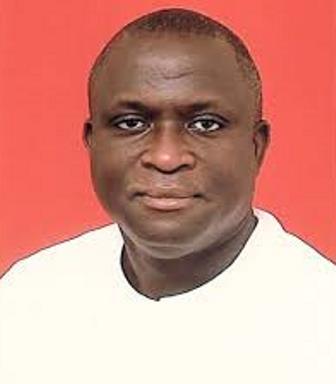 The President’s Nominee as Chief Executive for the Korle Klottey Municipal Assembly, Nii Adjei Tawiah, on Monday received 100 per cent approval from the Assembly Members.

All 16 Assembly Members voted yes in approval of his nomination for a second term in office.

According to the Local Government Law, MMDCE nominees must secure at least a two-thirds majority of valid votes cast to gain the approval of the Assembly.

Nii Tawiah expressed appreciation to the Assembly Members for the cooperation in the past two years within, which they achieved a lot despite the impact of COVID-19.

He said they made progress in areas, including the building of the COVID-19 Isolation Centre at the Adabraka Polyclinic and the Osu Community Library.

The MCE said the task now was to continue with the Osu Fish Market, the Municipal Office Complex, as well as the rebuilding of the Tema Station and Odorrna Market projects.

Nii Tawiah said, “The people of Korle Klottey expect us to deliver on our projects and I am committed to doing more. I know how dedicated the leadership and staff of the Assembly are, and so we are all motivated for the next chapter.”

He stated his commitment to working with traditional leaders, political leaders, elders, community leaders, and the business community to ensure the development of the Municipality.

Mr Henry Quartey, Greater Accra Regional Minister tasked the Assembly to ensure that the community got what it deserved, including sanitation, security, and order.

“What is gone is gone and after this confirmation the Region expects you to put your men on the ground, because there is a lot of work to be done on the ground and your people have to hit the ground running to ensure that we deal with the indiscipline in this area, in particular. You have a huge task to deal with these issues so that together we make Accra work again.”

He urged the MCE and the Assembly Members to do away with party politics and work for the development of the Municipality.

Dr Zenator Rawlings, Member of Parliament for the Klottey Korle Constituency urged the MCE to ensure fair distribution of resources to all Assembly Members.

She said, “In the same way all the 16 Assembly Members have been non-partisan in confirming you, when it comes to the distribution of resources, treat them the same. Because they would also have to go to their people to be reelected and they would be approved by their track record and what they have been able to do as Assembly Members.”

“Your success depends on them, and they also derive their strength from you, so help them so that they can also achieve their objectives and promises made to the people in their various electoral areas, so that in some few years the Municipality would develop as expected.”