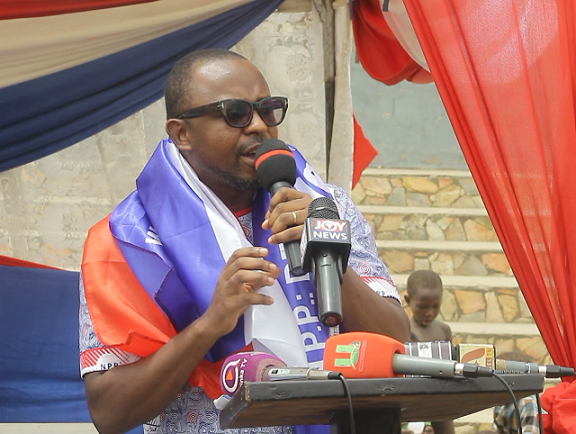 Mr James Korsah-Brown, the New Patriotic Party (NPP) contestant in the primary who lost to the slain Mfantseman Member of Parliament, has declared his support for Mrs Ophelia Hayford to win massively in the December 7 polls.

The controversy was generated after the death of Mr Ekow Kwansah Hayford over who should replace him in the election.

Mr Korsah-Brown had challenged the decision of the Constituency executives to allow the late MP’s wife to run when he came second during the primary and should be the replacement.

But in a last minute declaration, he stated that the Party’s policies must thrive and be supported to bring exponential growth.

In an interview with the Ghana News Agency (GNA) at Saltpond at the weekend, Mr Korsah-Brown appealed to his supporters and party faithful to get on board to increase the votes of the NPP for the betterment of the constituency.

”It is necessary to galvanize and consolidate our gains to foster unity and a big win for both our presidential and parliamentary candidates,” he added.

He urged the electorate of Mfantseman to show up in their numbers on Monday, December 7, and cast their ballot peacefully for the NPP for more developmental work for an improved standard of living.

The name of Mrs Ophelia Hayford, Wife of the slain MP, came up strongly by the National Executive Council of the NPP after thorough analysis to continue the good works of her husband.

Mr Quansah-Hayford was shot and killed by a group of gunmen suspected to be armed robbers, on Thursday, October 08, on his way home from a campaign tour on the Abeadze-Dominase road.