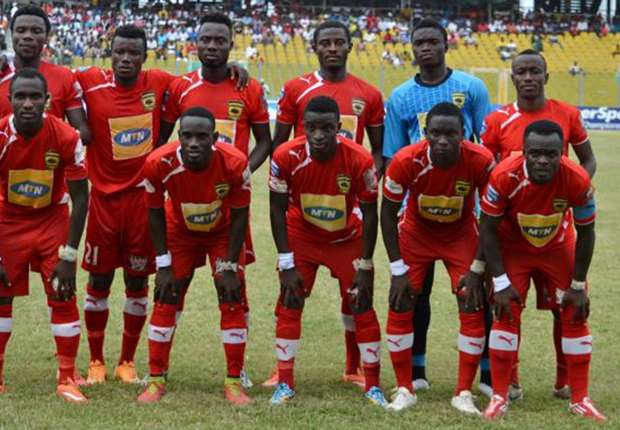 The Asantehene, Otumfuo Osei Tutu II, has advised players of Kumasi Asante Kotoko S/C, to demonstrate commitment towards the cause of the club.
“Kotoko is more than a club and the expectation is that players who are called to duty need to demonstrate utmost commitment always.

The team had called on the king, who is the owner and spiritual leader of the club, to present to him the FA Cup it won recently, after beating archrivals, Accra Hearts of Oak 3-1 in the grand finale of the competition.

Otumfuo Osei Tutu reminded the players of the enormous task ahead of the team as they prepare to participate in the CAF Confederations Cup competition.

The Porcupine Warriors emerged runners-up in the competition in the 2004/2005 season, losing the ultimate to Hearts of Oak and had since been struggling to regain their former all-conquering form.

The Porcupine Warriors had since appeared only once in the money zone of the Champions League competition as they struggle to find their form.

“The job at hand is difficult, but I expect the team to overcome the odds”, the Asantehene encouraged the playing body.

He expressed worry over the lukewarm attitude on the part of the supporters in the discharge of their duties and entreated them to come all out to support the team.

“You should own the club by contributing to the welfare of players and the team in general.

Otumfuo Osei Tutu II said “you always put undue pressure on the players, technical team and management for no apparent reason. These things must be a thing of the past.

Dr. Kyei was grateful to the king for his continuous spiritual and moral support for the club.
GNA/Newsghana.com.gh