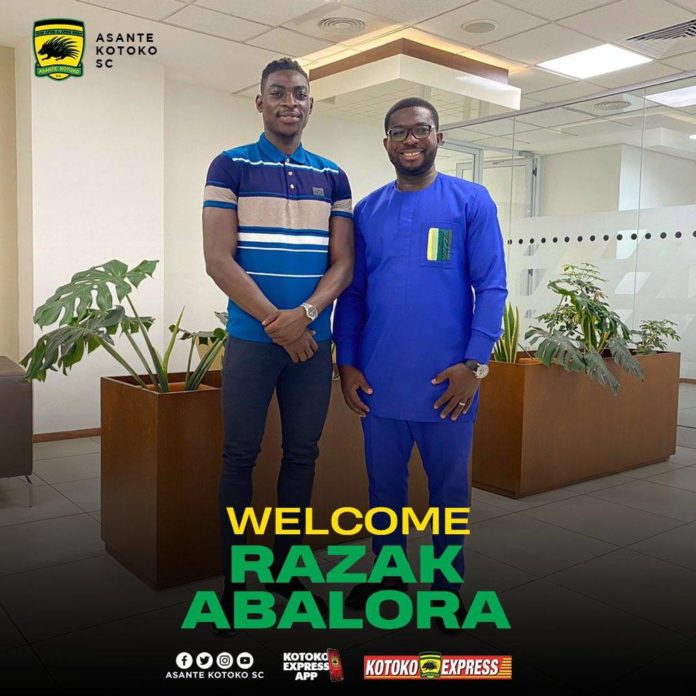 This was announced by the club on its official social media handles.

The agile shot-stopper last played for Azam FC of Tanzania, after spending much of his playing career with West Africa Football Academy (WAFA) in the GPL.

The 24-year-old inked a three-year deal with the Porcupine Warriors after a mandatory medical test.

Abalora manned the post for the Black Stars of Ghana in their 5-1 heavy win over Qatar in an international friendly staged in Turkey.

He had been unattached after ending his three-year stay with Tanzanian club Azam FC in July and subsequent extension of the contract.