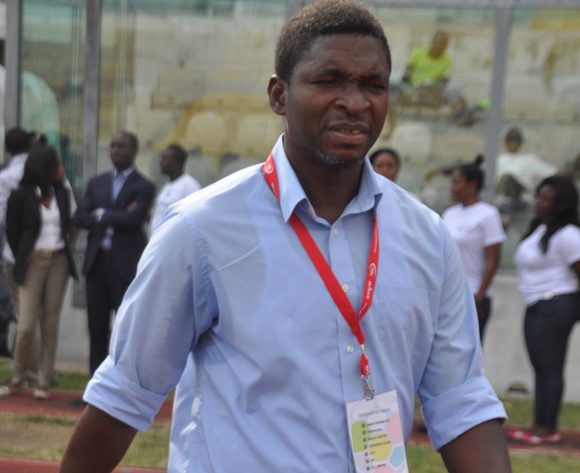 Maxwell Konadu, Head Coach of Asante Kotoko has said that the team will bounce back from its loss against Great Olympics in the outstanding matchday three fixture played at the Accra Sports Stadium on Thursday.

The Porcupine Warriors succumbed to a 1-0 defeat at the hands of Great Olympics courtesy of a sublime header from Micheal Yeboah, as Kotoko suffered their first defeat of the season.

Speaking in a post-match press conference, the highly experienced coach assured the fans of Kotoko that they would bounce back from the painful loss.

He expressed discontent with their first-half performance but was happy about the response of the team in the second half and said that they have learned their lessons.

“It was difficult as you all witnessed. We couldn’t get our rhythm in the first half but after the break when we started doing the basic things we got our game together and for me, that is what we should have done in the first half.

“I have taken lessons from this game and going forward we want to reassure our supporters that we would bounce back as soon as possible,’’ Konadu said.

When asked about the congestion of the upcoming fixture list for Kotoko, Coach Konadu said “It is not in our favour but that is what Ghana Football Association has planned and we have to abide by it and do our best but for me, I think that four matches in ten days are a bit heavy for us.”

Kotoko are placed 10th on the league log with five points from four games and have one outstanding fixture against Medeama FC scheduled for December 27, 2020.

Kotoko would come up against Dreams FC this Sunday in a match-day six encounter slated for the Theatre of Dreams in Dawu.