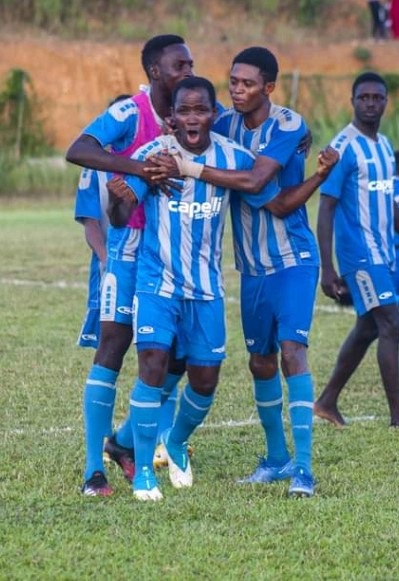 Akyem Oda-based Division One League side Kotoku Royals has hired the services of Serbian trainer Stefan Ristic as its new Head Coach.

The Management of the club announced this at Oda in the Birim Central District.

The Serbian who was born in Jagodina has coached teams like SC Waterloo, Aljazeera, Defines and FC Elva and replaces coach Nurudeen Amadu who resigned from his post two weeks ago.

The new coach has been tasked to ensure the team qualifies to play in Ghana Premier League.

Kotoku Royals, currently, is third on the National Division One Zone 3 league table and they are looking forward to book the only qualification spot to Ghana premier league.

As part of his task, Coach Ristic is expected to manage the Kotoku Royals’ Senior Team, Second Division, Female Team, and the Academy.

Mr. Linford Boadu Asamoah, Owner of Kotoku Royals, who is also the Chairman of the Eastern Regional Football Association assured the coach of the team’s total support to ensure that he succeeds in his new post.

He was confident that the employment of the services of the new coach would enhance the performance of the team in the league.

Coach Ristic thanked the team and management for the warm reception and indicated his readiness to give his all out to the team.