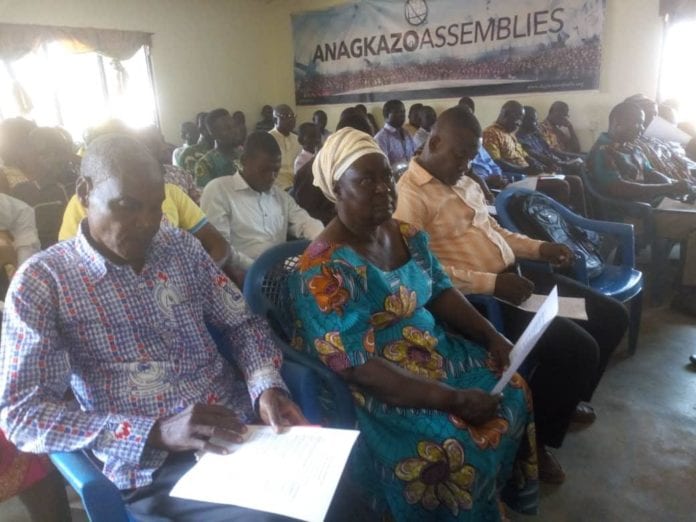 School Management Committee (SMC) Networks in the Kpandai District of the Northern Region have appealed to the Assembly to pass a by-law to jail any man who impregnates a basic school girl in the area.

The Kpandai SMC Networks have also proposed that as part of the by-law any parent who, would decline to cooperate with the law enforcement agencies to prosecute men, who impregnated their basic school girls, should face sanctions.

This move, according to Kpandai SMC Networks, was aimed at punishing men in the area, who made it a hobby to impregnate young school girls, knowing very well that the girls’ parents would opt for out of court settlement to avoid embarrassment.

This formed part of decisions taken at a district education forum held at Kpandai by the Kpandai SMC Networks in partnership with Choice Ghana, a non-governmental organization.

The forum attended by stakeholders in education in the district was to share, discuss and come out with innovative strategies to improve learning outcomes amongst children in the area and to ensure that no child of school going age was left behind.

It was also to share findings of a survey conducted in 2018 by the Kpandai SMC Networks in partnership with Choice Ghana on factors affecting children’s learning outcomes in the district.

A 2016 and 2017 citizen led assessments on children’s learning competencies in literacy and numeracy in the district conducted by the Kpandai SMC Networks in partnership with Choice Ghana with support from Oxfam revealed that low learning outcomes amongst children and the overall competency levels of children stood at 11 per cent and 31% respectively.

Mr Emmanuel Kofi Issifa, Chairman of Kpandai SMC Networks, who summarized the position of stakeholders at the forum, said many girls were getting pregnant and dropping out of school but there was no sanction for the men, who impregnated the girls hence the proposal to the Assembly to pass such a by-law.

Mr Issifa said the Kpandai SMC Networks would intensify sensitization in communities for parents to allow their children especially the girl-child to enjoy their full rights to education to ensure that no child of school going age was left behind.

Other decision taken at the forum were to stop children from attending music shows as well as well intensify sex education for children to know how to protect themselves against pregnancies and sexually transmitted infections.

Mr Emmanuel Tatablata, District Chief Executive for Kpandai appealed to chiefs and community members in the district to support circuit supervisors and teachers as they put in their best to improve education in the area.

Madam Faustina Nayan, Kpandai District Director of Education said most schools in the district did not have adequate furniture leaving pupils to lie on the bare floor during classes adding most of the schools also did not have accommodation for teachers and appealed to Kpandai SMC Networks to help improve the situation.

Mr Mohammed Seidu, Executive Director of Choice Ghana called for effective collaboration between the District Directorate of Education and SMC Networks to promote education in the area.