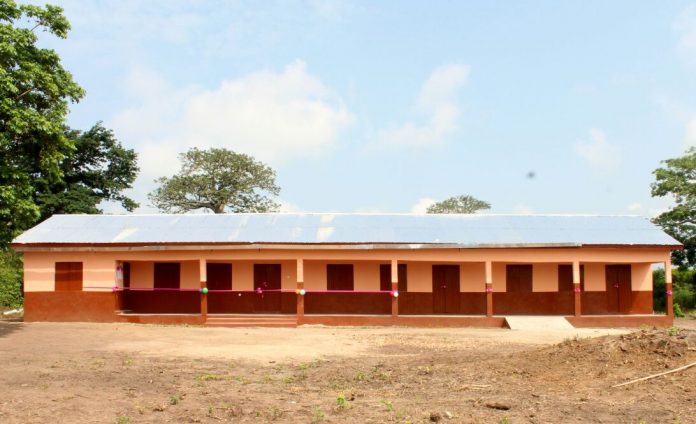 Nii Tetteh Mensah Kootse I, the Chief of Kpobiman in the Ga West Municipality of the Greater Accra Region has pledged to construct a school block for the people.

He said the school would comprised of a kindergarten through to junior high school level, to make classroom available for the over 3,000 school-going children in the community and its surroundings.

Nii Kootse made the promise in an interview with the Ghana News Agency during the celebration of their Homowo festival.

He said the distance from which the children walk to schools at Amasaman, Kotoku and other communities was not promoting learning among the youth because before they return home from school tired and most often they do not do their homework and assignments.

Nii Kootse said he had provided Information, Communication and Technology Centre, latrines and was planning to put up a clinic to bring healthcare delivery to the doorsteps of the people.

He asked parents to cease engaging their children in trading, but instead invest seriously in their education as that was the only sustainable legacy they could bequeath to them.

He advised the children to learn hard to become good future leaders to assist in the development of the country.

Nii Kootse appealed to philanthropists, non-governmental organization and the Ga West Municipal Assembly to support the community in its initiatives to make life comfortable for the people.

Mr Emmanuel Nii Okai Laryea, the Member of Parliament for Amasaman who was the guest of honour at the festival commended Nii Tetteh Mensah Kootse for his foresight and called on other chiefs in the area to emulate his example.

He asked the people to actively participate in communal labour to support projects in their communities while giving the assurance of assisting in their initiatives with his share of the MP’s Common Fund.