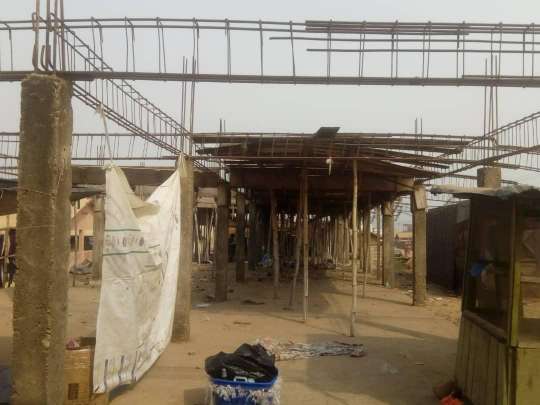 Traders at Dambai market in the Krachi East Municipality of the Oti Region have made a passionate appeal to the Assembly to as matter of urgency complete all abandoned market projects in the area.

They also want the renovation of the existing dilapidated structures, which had been left unattended for the past eight years.

The Dambai project, awarded to Davecal Company Limited, a construction firm, in 2003, was scheduled to be completed within four months but got stalled due to lack of funds.

The traders told the Ghana News Agency (GNA) at Dambai, that the delay in completion of the project was affecting their trading activities.

They complained that existing structures at the market were in bad state and had been taken over by miscreants, who sometimes subjected them to all kinds of harassments.

Ms. Sabina Akua, one of the traders, said they had no better place to keep their goods in the market, exposing them to thieves, and called on the Assembly to expedite action on the project.

Mr. Ernest Adjei, the Municipal Engineer, said the Assembly had conducted an audit of uncompleted projects and had planned to complete one of the structures (Lot 1), to provide a conducive environment for the traders to carry out their activities.

Mr Kwadjo Deh, the Municipal Finance Officer, said a total of GHC600,000.00 had been approved by the Authorities of the District Development Fund for smooth completion of the project.