The project, which is valued at GH¢200,000 was funded by Volta River Authority (VRA) Resettlement Trust Fund.

The new building being the first of its kind in the community would provide a relief and conducive atmosphere to enhance teaching and learning.

He charged the community to brace themselves up for more projects from the government as President Nana Addo Dankwa Akufo-Addo would share the state resources equitably and leave no community.

Mr Mathew Tignanagnan, headteacher of the School, has expressed his satisfaction about the building and other assistance given to the new school.

Mr Tignanagnan, who received the keys to the classrooms expressed gratitude to the MP for the intervention and said it would improve the educational needs of the people.

Nana Kagyawie Anebo I, Chief of Banka, thanked the MP for the project and said, children in the community would no longer walk long distances to school and believing this would also improve on their academic performance and minimise school dropouts in the area. 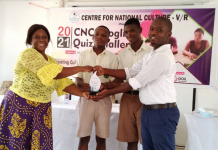 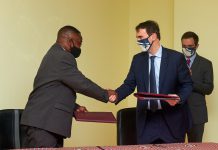