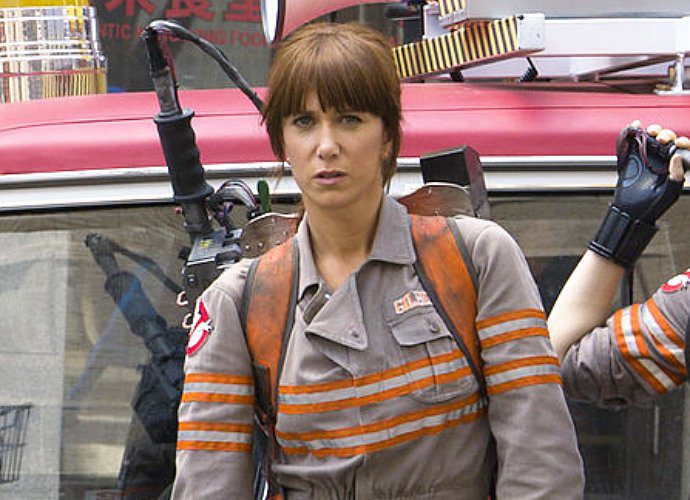 Kristen Wiig recently wrapped Paul Feig’s all-female “Ghostbusters (2016)”. The 42-year-old actress, who has remained tight-lipped about the movie, finally shared some details while stopping by “Jimmy Kimmel Live!” on Monday, October 26. She revealed that she would not be seen driving the ECTO-1 in the upcoming movie.

Back in July, Feig revealed a first look at the Ghostbusters car. With the similar style and color, the car looks much the same with the ECTO-1 in the original movie. It is also equipped with siren and stair on the right side.

In other news, LEGO has released a first look at its new Ghostbusters Firehouse set. The firehouse is made of 4,634 lego pieces and features a laboratory, living quarters, a containment unit and nine minifigures of actors as well as Slimer, Pink Ghost and Blue Ghost.

The female-centric “Ghostbusters” reboot centers on Erin Gilbert (Wiig), who writes a book about ghost existence among human. No one pays any attention to her, however, until a few years later when Gilbert lands a faculty position at Columbia University. She reunites with Abby Bergman (Melissa McCarthy) and two other wranglers (Leslie Jones and Kate McKinnon) to hunt down ghosts when they invade Manhattan.

Chris Hemsworth stars as their receptionist with original stars Bill Murray, Ernie Hudson, Sigourney Weaver and Dan Aykroyd expected to appear as cameos. The comedy movie is slated for a U.S. release on July 15, 2016.