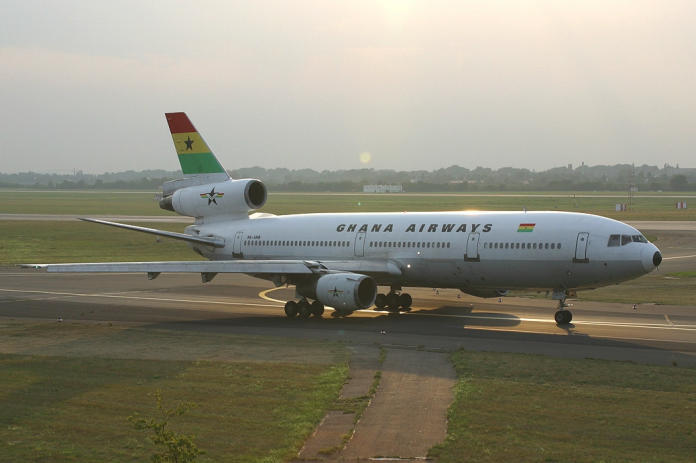 Former Ghanaian president, John Agyekum Kufuor has broken his silence on the reasons that led to the collapse of the country’s then national carrier, Ghana Airways. Speaking to a group of journalists and Origin8, an advertising company last week in his residence, the former president said the company was in debt to the tune of over 160 million United States Dollars in addition to overstaffing in the early days of his administration.

He recounts the state of the national airline when he took over as president on January 7, 2001.

“It wasn’t a happy one because the main carrier, Ghana airways was in a very bad state. It was over-laden with debt and the government that had taken the Highly Indebted Poor Country (HIPC) initiative found out that Ghana Airways was laden with over 160 million dollars of debt. We didn’t have the money to pay off and to restructure the airline to carry.

It wasn’t in a good state and then the company suffered over employment. There were so many staff of Ghana airways, a company that wasn’t making profits and heavy debts still wanted to be sustained by the state, we just couldn’t do it.

What the state did was to absorb the debt but to say that Ghana Airways should be restructured altogether and perhaps even divested so the state, the people of Ghana could be serviced by some airline because Ghanaians travel. So that was the state we found Ghana Airways,” he said.

President Kufuor observed it was unfortunate for some section of the Ghanaian public to attribute the collapse of the once vibrant Ghana Airways to the New Patriotic Party (NPP) government at the time as they met what he described as “a very sick” company.

He observed, “Government did a thorough study and I believe the documents and reports are there. Anybody who would want to go and see the causes for the collapse of Ghana Airways, it wasn’t my government that caused it. It was a very sick company when we took over.”

It officially commenced operations on July 15, 1958.

The problems leading to the collapse of the company began in March 1999 after it had a cooperation agreement with South African Airways but was run down by debts and legal disputes.

The defunct Ghana International Airlines (GIA) took over from Ghana Airways in 2004 as a national airline in a partnership between the government of Ghana and a group of private international investors.

The GIA also collapsed by 2010 and finally ceased operations in December 2015.

Since then, the Ghana government has been trying to get a national airline for the West African country.