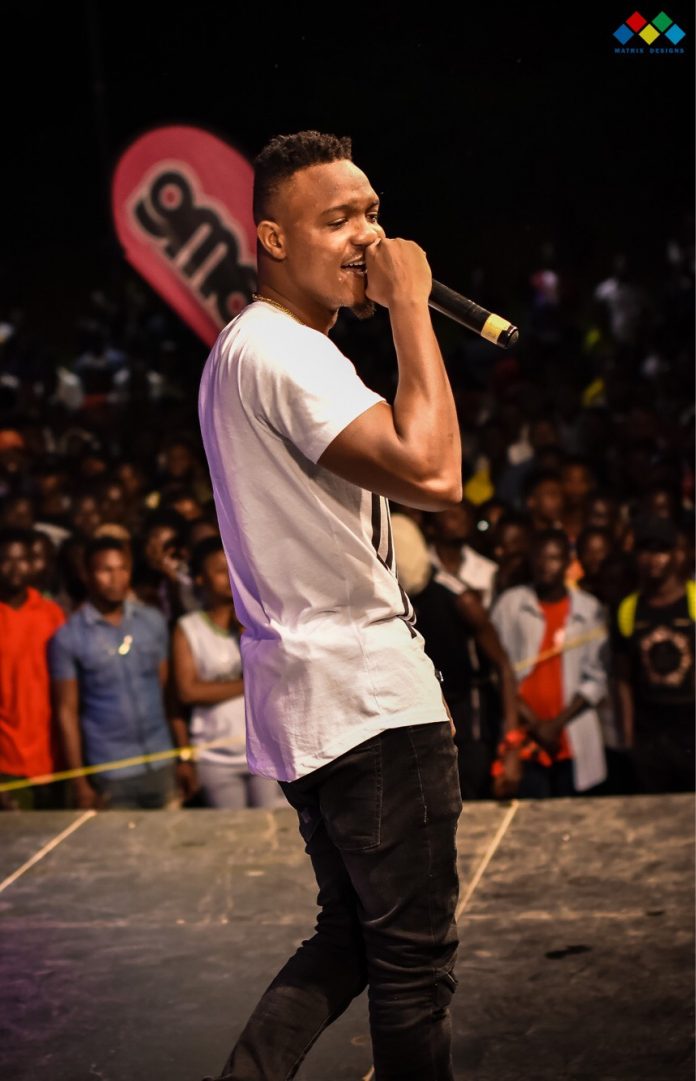 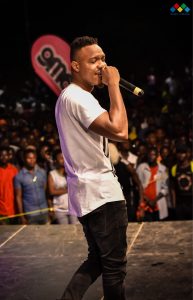 The event which took place at the Kumasi City Mall on 1st July 2017 brought massive crowd of music lovers together at the venue. Record breaking artists were billed to perform on the day, some artists who took the stage on the night were Bamba Records lead signee Fareed popularly called the Hiphopalhaji , Sarkcess Music’s Strongman, Yaa Pono, King Paluta, Kojo Cue, and so much more.
One performance that took us by surprise was that of THEHIPHOPALHAJI.
The people of Kumasi sang along and chanted his name FAREED when he took to the stage. Apart from having the fans screaming his rap delivering and solid interaction throughout his performance got the crowd charged,  one can boldly say FAREED has arrived . The love and appreciation of his style of delivery was simply overwhelming and encouraging for an up and coming act.
The Old student of TI AMASS   (Fareed) is one growing Hausa rapper who blends his unique style of rapping with English, Twi and Ga. The  hiphopalhaji currently has four banging songs out to his credit and three official videos.
His latest hit featured IWAN and he calls that one *TONIGHT*, the song is currently receiving massive airplay.
Source : Exclusiveboafo
Send your news stories to newsghana101@gmail.com and via WhatsApp on +233 244244807 Follow News Ghana on Google News