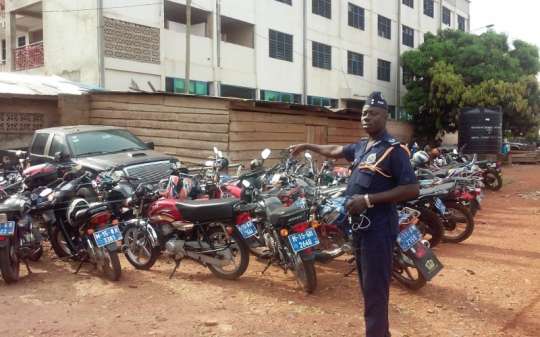 The Ashanti Regional Police Motor Traffic and Transport Department (MTTD) has vowed to clamp down on unlicensed motorbike riders.
Superintendent Frank Abrokwah, Regional Commander of the Department, said they were going to begin an operation to stop the disregard for road traffic laws by particularly, tricycle riders.
He said the situation where tricycles carried loads in excess of the permissible limit and were being used to pick passengers could not continue.
He told the Ghana News Agency (GNA) that offenders would be arrested and prosecuted. Supt Abrokwah added that all unlicensed tricycles and motorbikes would be seized.
Out of the total of 474 road crashes seen in the region within the first three months of the year, 102 involved motorbikes and tricycles.
He indicated that most pedestrian knock downs in the region were also caused by the tricycles and motorbikes.
The riders often paid scant or no regard for traffic regulations – rode on the shoulder of the road and through the red light at traffic intersections, he stated.
GNA
Disclaimer: News Ghana is not responsible for the reportage or opinions of contributors published on the website. 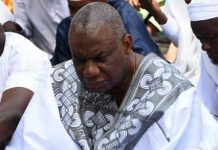