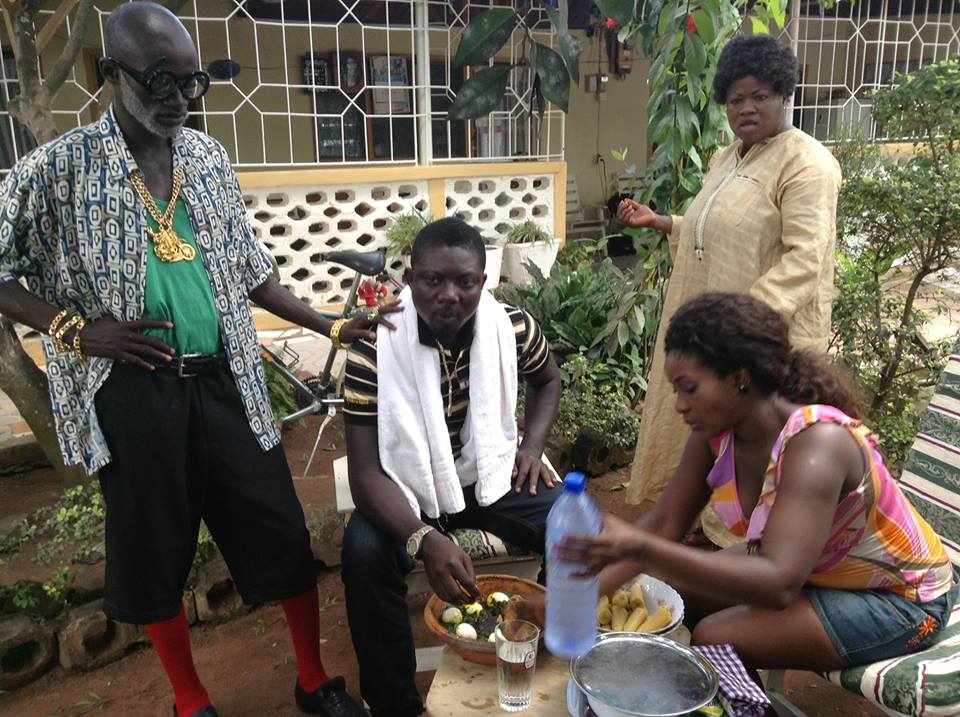 Each one for himself, God for us all but at times you need to push some things into others throat if they seem not to know anything about its importance.

For some years now, social media networks Facebook, Twitter, Instagram and others have become the modern way of communicating where most people including businessmen, celebrities, government officials, event organizers and other personalities use as a means of getting new deals and advert their products. Whilst others are making good use of these platforms either by legal or illegal means, few are misusing it with or without their notice but that is not our concern, we are more interested in the lives of celebrities and what they do so let?s restrict our conversation to that arena.

Ever since these social media networks became part of us, people in the entertainment industry who are rarely seen on these popular platforms are folks from the Kumasi movie industry popularly known as Kumawood. Questions I mostly asked myself are ?are they too busy to get time for it, do they lack knowledge about all these social media networks or they don?t see the essence of them?? aside these questions, there are many others I have asked myself and have heard people ask as well.

Not long ago, Akrobeto was reported to have said ?What is Facebook? Is Facebook the key to life? Those who want to do Facebook are doing it and those who are not interested are also doing their own thing. It adds or takes nothing away from my career because that is not what will feed me. Most of my people are on Facebook but I don?t think I will waste my time on that thing,?

Well that is him and I can?t begrudge him for his comment but what I can say is that ?Emmere dani aa, dani woho bi?. Time changes so you always have to get yourself updated to fit the current situation else you be left behind. Let?s take a closer look at how some Ghanaian celebrities are making good use of their social media networks, hence generating lots of income for them.

John Dumelo on April fool?s day became the first Ghanaian to gain a million likes on Facebook. John aside his motivational messages on the platform makes his fans aware of his errands. John uses that platform to advertise his movies, J.Melo products, foundation, projects and give up-to-date information about him to his fans.

Actress Yvonne Nelson has been crowned as the most controversial actress in Ghana and she gives all the glory to social media networks. Yvonne Nelson will pick her iPhone 5? and just post anything controversial about her sex life or relationship and bloggers/journalists will pick it up from there ? after all bad news sells.

Yvonne Okoro, Juliet Ibrahim, Lydia Forson, Ama K Abebrese, Adjetey Annan, Nadia Buari, Jackie Appiah, Majid Michel, Eddie Nartey, Eddie Watson and other glamour actors use Facebook, twitter, instagram and other social media networks to keep their fans updated about their career. Due to these sites, celebrity?s websites are rarely seen because they can use these platforms to reach out to about million people.

I won?t even bother you with how Sarkodie, E.L Okyeame Kwame, Kwabena Kwabena, Sister Deborah, Wanlov, Reggie Rockstone, E.L and other musicians are making use of these platforms

Before Yvonne Nelson, Yvonne Okoro, Nadia Buari, Chris Attoh, Juliet Ibrahim or these glamour actors will release a movie, they would have made noise about it with the behind-the-scenes-photos on social media networks so by the time the movie is set to be released, publicity would have already been done and the only thing left is to get little commercials and stories for it.

I am tempted to think that Kumawood actors and their producers are always conversant with what they have; hence they don?t see the need to chance on other platforms to promote their brand. I remember that Cannes Festival rejected some names of Kumawood actors due to their low presence on social media networks and online ? that should tell them something. Some of these Kumawood actors have larger fanbase and if they had taken these social media networks serious, they would have gone far than where they are now. Miracle Films started producing movies since Christ was a carpenter but Shirley Frimpong Manson of Sparrows Production has over 27,000 likes on facebook ? I don?t know if Mr. Samuel Nyamekye, CEO of? Miracle Films is on facebook.

Agya Koo, Kwaku Manu, Akrobeto, Mercy Asidue, Rose Mensah aka Kyeiwaa and other Kumawood actors can make use of these networks to promote their brands and get deals but they are not doing that. You can hire the services of others to manage it for you if you know nothing about it ? your relative can even be of help to you at this stage. Who says these hiplife musicians who are always making noise on these platforms always manage their social media networks? Some have online managers who make sure their accounts are active. They keep their online managers updated about their activities in order for them to make their fans aware through their accounts. Kumawood actors can do same.

There are disadvantages when you are on these platforms but the advantages over weigh the disadvantages if you are a celebrity. All these imposters of Kumawood celebrities come as a result the actors failing to create their accounts whilst their fans are eager to get interactive with them.

All what I?m saying is, Kumawood actors should take their online presence especially social media networks serious and it will help them. If they cannot manage it, they should hire the services of an experts ? I?m ever ready to assist but not for free!

Let me end by congratulating Vivian Jill, Bill Asmoah, Emelia Brobbey, Kwadwo Nkansah Liwin, Mercy Asiedu and other Kumawood actors who are making use of these platforms in one way or the other ? some of the accounts are?fake though.