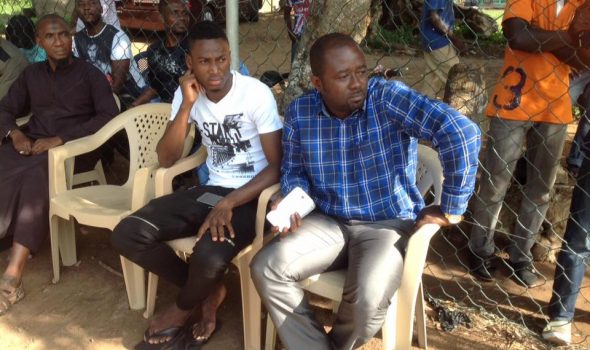 Advisor to Baba Abdul Rahman has arrived in Germany and revealed the Ghana defender is unhappy with his dragging move to Chelsea and very much wants a quick resolution.

The 21-year-old is expected to join the Blues following reports Augsburg have accepted an improved offer from the English champions.

But the move is yet to materialize despite Augsburg?s signing of Philipp Max as the replacement for the Ghana international.

Advisor Kurt Okraku alongside Baba Rahman?s agent Sascha Empacher were in a meeting with the top officials of the German club on Thursday in a bid to get the transfer sealed.

Okraku admits his client wants to join Chelsea and is desperate to have negotiations end successfully for the move to happen.

?The clubs are still negotiating, Baba wants to play for Chelsea. That is clear and understandable? Okraku told Bild.

?The whole situation is a burden to him, there must be a rapid solution now?.

Rahman will cost Chelsea a reported ?25m as Jose Mourinho looks to enforce his left-back position which is running short in numbers with Cesar Azpilicueta as the only reliable candidate.