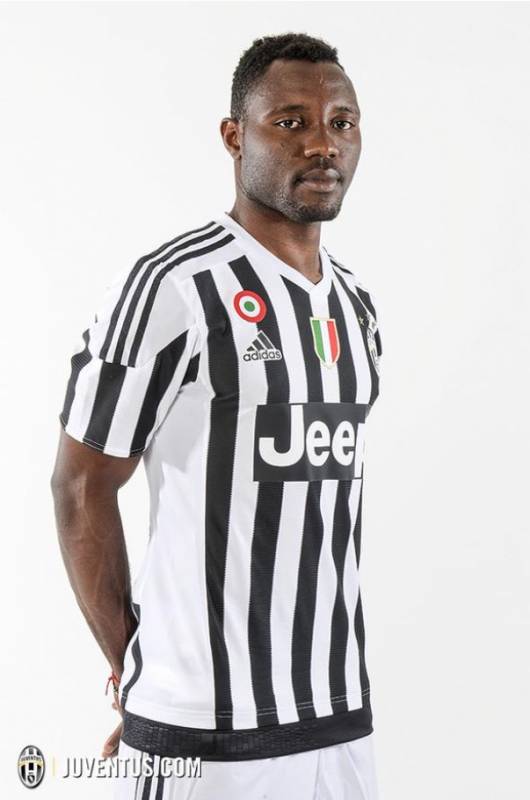 Ghana midfielder Kwadwo Asamoah moved a notch closer to returning to first team football after modelling in Juventus?s new kits for the season.

The 26-year-old Ghana international has been out of action for the last eight months after a recurrent knee injury.

Asamoah has however received good news after medics cleared him to return to first team football in three weeks.

The former Udinese man modelled in the Juventus jersey for the first time this season on Wednesday and his return to the pitch will come as a huge boost to Coach Massimiliano Allegri who has seen influential duo of Andre Pirlo and Chilean Arturo Vidal both leave the club season.