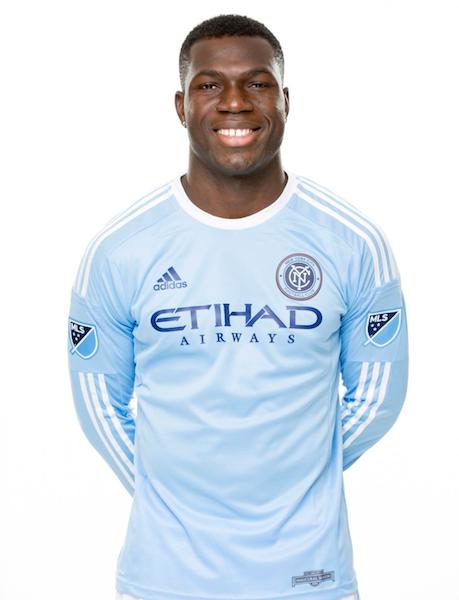 And the 23-year-old Ghanaian is excelling in it right now ? in a big way.

Poku scored both of NYCFC?s goals in their 2-2 draw at Columbus Crew SC on Wednesday night at MAPFRE Stadium, the first MLS brace of his young career.

?That?s why I am in there, to create and score some goals, so it has been good,? Poku said.

It?s been more than good for Poku of late. His two-goal performance came on the heels of his insurance goal in NYCFC?s 3-1 win over D.C. United last week.

New York remain undefeated in games in which Poku is in the starting XI.

?He?s an important player for us right now, making critical plays for us in the attacking third, so I?m really pleased with that,? NYCFC coach Jason Kreis said. ?But I also know there?s still improvement to be made defensively.?

Poku was the biggest reason NYCFC earned a share of the points against Crew SC and moved into a three-way tie for sixth place in the Eastern Conference with Montreal and Orlando, though the Impact remain above the playoff line with more wins.

Kreis said he also liked that his team rallied from a 1-0 halftime deficit to get a positive result for a second straight game.

?I think that we need to feel good about the fact that we got one point in a very difficult place to play against what I think is a very good team,? Kreis said.

?To come back from being down a goal in the first half again, shows our guys that we can do it, that we can play. I think there was a lot of really good soccer out there tonight, so I feel good about it and hopefully the players do as well.?

Goalkeeper Josh Saunders was glad that history didn?t repeat itself after the game was delayed for 65 minutes because of severe weather. It came just after Crew SC leveled.