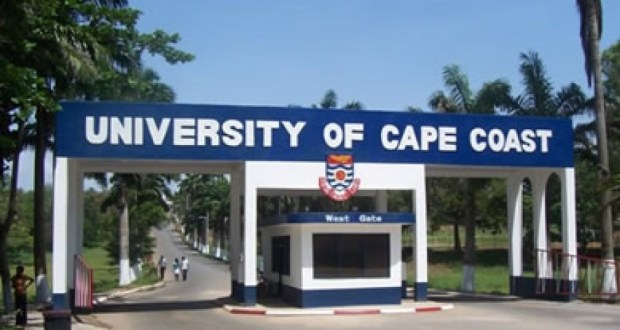 The University of Cape Coast (UCC) has called for the arrest and interrogation of one Nana Kwesi Mensah Ill, who presented himself as the Chief of Kwaprow, for claiming ownership of portions of the University’s lands.

According to UCC, the Chief in a press statement on Sunday, August 07, petitioned the government and the Lands Commission to warn UCC from taking over his land without due compensations.

He indicated that leaders of the university were claiming ownership of lands belonging to the Kwaprow community, the second oldest community among the six communities surrounding the university.

The Chief said, the university was vigorously extending its boundaries, a development that was not recorded in the registry of the lands commission.

Nana Mensah asserted that UCCâ€™s claimed land was seven square miles, which was registered at the Lands Commission, however, stakeholders realised the land was too big for the University and reduced it to 4.5 square miles, a development that was never registered with the commission.

The Chief further explained how the government initially planned to relocate the six communities but changed its decision due to the vast land and called on the government to establish the boundaries between the university and the communities.

However, in a press release copied the Ghana News Agency on Thursday and signed by Mr Kwabena Antwi-Konadu, Senior Assistant Registrar at UCC, the University expressed worry about the Chief’s claims and threats that ‘if persuasion fails, force must be applied’.

According to the statement, the UCC land was first acquired under an Executive Instrument, State Lands (University College) Instrument, 1969 (E.I. 87).

It added that, at the time of the acquisition, the Lands Valuation Board of the Lands Commission was tasked to identify the owners of the lands where a total of 63 individuals and families who owned various sizes of land making a total of 6.22 square miles were identified.

Accordingly, the statement said records from the Lands Commission showed that full compensation for 95 per cent of the total land size were paid to the owners.

On none-payment of land compensations, it stated that “notwithstanding the receipt of full compensation, the University has, over the years, witnessed concerted efforts by the leadership of the communities, including Kwaprow, to sell portions of the university lands.”

Of the remaining five per cent not fully paid, records showed part payment to the owner(s) file while some were not available at the Lands Commission and conflicting claims made by different individuals or families.

For that matter, the statement described as untrue that the government reduced the size of the land from seven square miles to 4.5 square miles and ceded the remaining to Kwaprow or any other community.

It said in any such reduction or cession of portion of the University land ought to be done through the same Executive Instrument, but no record exists to prove that claim.

It said provisions under the Public Lands (Protection) Decree, 1974 (NRCD 240) as amended by the Lands Act 2020, (Act 1036), enjoin public bodies entrusted with public lands to take measures to protect the land.

On recent boundaries demarcations, it explained that the University was constructing a fence wall to halt further encroachment on its land, something some people of Kwaprow had protested for no apparent justification.

To resolve that public outcry, the statement said: “At the instance of the Oguaamanhen, Osabarima Kwesi Atta Il, the UCC Management met with residents of Amamoma and Kwaprow on Wednesday, February 2, 2022, to discuss the way forward in respect of residents whose structures would be affected by the planned construction of a wall by the University.

“At the said meeting, it was agreed that affected persons should submit relevant details for purposes of verification, since it was established that most of them did not possess valid documents to the land.”

“This is imperative especially in view of the fact that the University has coexisted peacefully with its surrounding communities”, the statement added.

Measures put in place to resolve exams results at UEW