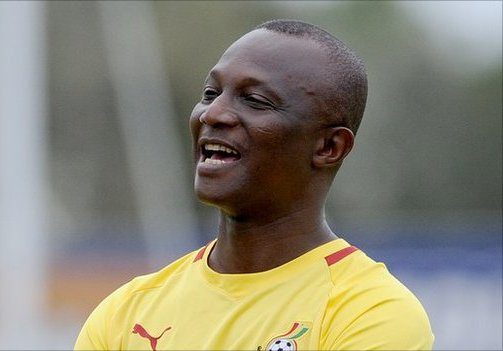 The newly appointed head coach of the Black Stars James Kwasi Appiah has called on Ghanaians to support him to succeed in his new position. 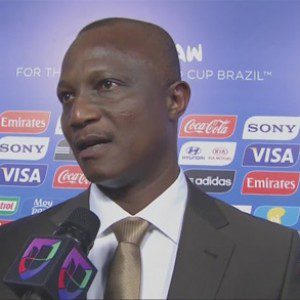 This will be the second time Kwasi Appiah would be handling the Black Stars as head coach, with a stint from April 2012 to September 2014, when he left by mutual consent after a tumultuous Word Cup campaign in Brazil 2014.

He has been handed a two-year contract, which starts from May 1, 2017. He would also take charge of the local Black Stars.

On his arrival today at the Kotoka International Airport, Appiah told the press he was overwhelmed by the support and thanked President Nana
Akuffo Addo and the Ghana Football Association for giving him a second chance to coach the Senior National Team.

The former Al Khartoum SC Coach said “I always believe the voice of the people is the voice of God. I’ll take this opportunity to thank the president of the nation, the GFA and every Ghanaian for giving me the second chance to coach the national team.

“I will do the best that I can but I can never do it without your help and support. I will need the support and prayers of every Ghanaian to make our black starts big again.

“I always believe that, you can never say never when it comes to coaching and when the opportunity comes, you must grab it and work hard”.

Appiah has a herculean task facing him as Ghana starts her 2019 Africa Cup of Nations qualifiers against Ethiopia, Sierra Leone and Kenya for a slot.

Though Ghana’s chances of qualifying for the 2018 World Cup in Russia is slim, a revival by the Coach, who took the Nation to the last edition, would be a great joy to Ghanaians.

Ghana currently lies third in Group E with one point from two games in the world cup qualifiers..
GNA/www.newsghana.com.gh