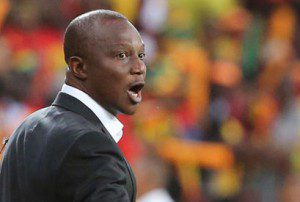 Appiah claimed he had a comprehensive plan to feed talented players into the national team who could play for the next 15 years but was curtailed by his pre-mature sacking.

The former Ghana captain said his main ambition was to groom more players for the senior national team to ensure consistent successes for the Black Stars over the next 15 years.

“He was part of the technical team to Angola as an assistant coach and benefited from Sellas Tetteh’s team,” he told Accra-based Starr FM

“Kwesi benefited from somebody’s work and for the senior national team level it is all about results and not vision.”

Christian Atsu, Jeffery Schlupp, Mubarak Wakaso, Solomon Asante, Baba Abdul Rahman and Rabiu Mohammed all gained their maiden call-ups under Appiah and he says he had plans for many more players.

The calm tactician was appointed in 2012 after a thorough study of head coach Goran Stevanovic as an assistant coach.

Appiah’s reign saw Ghana to a fourth place finish at the Africa Cup of Nations in South Africa in 2013 and became the first indigenous coach to qualify the Black Stars to the 2014 World Cup in Brazil.