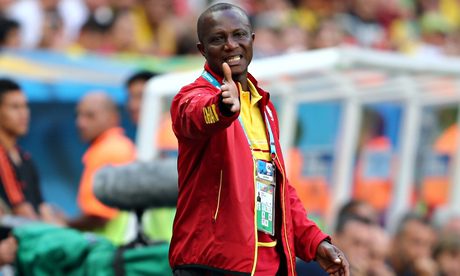 Ghana coach Kwesi Appiah will face the biggest test of his career at the CECAFA Cup tournament in Tanzania when they take on title favourites Gor Mahia in the semi-final on Friday.

The Khartoum-based little-fancied side have been whipped into shape by the Ghana 2014 World Cup coach who has now made the side title contenders for East Africa?s regional football club competition.

Al Khartoum will be relying on Appiah?s tactics to help them defeat the Kenyan giants who have been tipped by pundits as favourites for the title after both sides sealed their place in the last four on Tuesday.

Al Khartoum were the first to qualify for the semi-finals after they beat APR of Rwanda 4-0 in an earlier match at the same venue.

Kwesi Appiah?s stirker Amin Ibrahim sored a brace to power Al Khartoum into the semifinals of the tournament through a 4-0 win over Rwanda?s APR.

Atif Khalid opened the scoring with a fantastic goal in the ninth minute, before Amin doubled the scores 11 minutes later.

Amin returned in the 39th minute when he calmly sent a nice low shot past the goalkeeper, and team captain Ousman Bilal scored his fourth goal of the tournament in the 81st minute.

This match was touted to be an explosive encounter but the Rwandan side was out of character and put through a sluggish performance against the Kwesi Appiah-coached side.