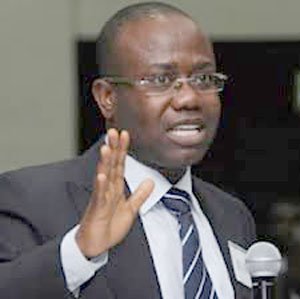 Mr. Kwesi Nyantakyi former President of the Ghana Football Association (GFA), has praised the resilience of the Black Stars players as they recorded a 3–2 win over South Korea.

The Black Stars of Ghana kept their hopes of qualifying for the Round of 16 alive when they edged their Korean counterparts in a pulsating Group H encounter that took place at the Education City Stadium, in Doha, Qatar.

According to the astute football administrator, the performance of the players in the second group match was an improvement from the first match against Portugal.

“The players played very well in all departments of the game. I think it was a much better performance than what we saw against Portugal, and I have lauded the mental resilience of the players,” he told GNA Sports in an interview.
Nyantakyi added that the results against South Korea would boost our chances of qualifying for the next round and that he expects the Black Stars to do very well at this year’s tournament.

The Black Stars would meet familiar foe Uruguay in the last group encounter on Friday, December 2, 2022, as they seek to progress to the next round.

Partey, Kudus, and Dede Ayew to contest for top prizes at the 47th SWAG Awards

Black Asteroids set to compete in the 2023 FIFAe Nations Cup