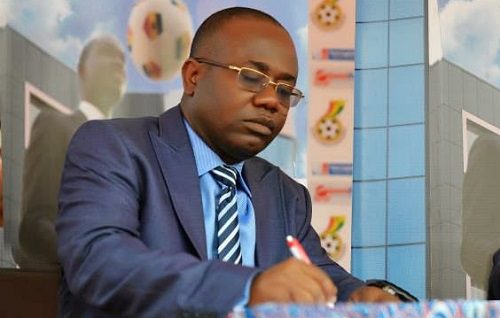 Kwesi Nyantakyi insists he has no idea of who he will be selecting to serve as the Vice President of the Ghana FA.

Congress have given the GFA President the power to pick any member from the Executive Committee to be his deputy.

This is a departure to the norm of selecting the GFA Vice through voting by the Emergency Committee.

And with elections into the Executive Committee still ongoing, the GFA boss says he currently has no idea who he will be picking as the new vice president of the association.

?Elections are still ongoing and I think it will end next week. We do our elections in phases.

?So until the elections are done, I don?t know who will be the Vice President.?

Kwesi Nyantakyi will definitely select a new person to become his vice following the defeat of incumbent Fred Crentsil in the Executive Committee elections.