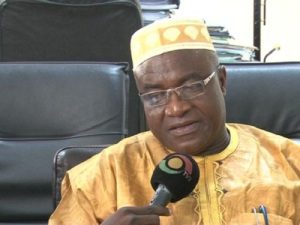 The Minority Leader in Parliament Osei Kyei-Mensah-Bonsu has expressed worry about what he termed the ?irregular? travel timetable of President John Dramani Mahama.

President Mahama is currently in Qatar on a three-day state visit and expected to return Tuesday.

The NPP MP for Suame said the Presidency has to respect the provision of the 1992 Constitution which enjoins the Executive Arm of Government to give the Legislature prior notice before the president leaves the shores of the country.

The Constitution of the Fourth Republic demands that the president informs the lawmaking body before traveling outside Ghana, but Kyei-Mensah-Bonsu told the House Monday that provision of the supreme document of the land is being breached.

According to the deputy Speaker of Parliament, Ebo Barton Oduro, who chaired Monday?s proceedings, the letter from the Flagstaff House ? the seat of government ? was dated November 27, but got to the Speaker?s office on November 28 at 5:40pm when the House was not in session hence the need to read to MPs today.

That notwithstanding, the Minority Leader called on the Presidency to respect the constitutional provision and give the House respect anytime the president is traveling beyond the borders of Ghana.