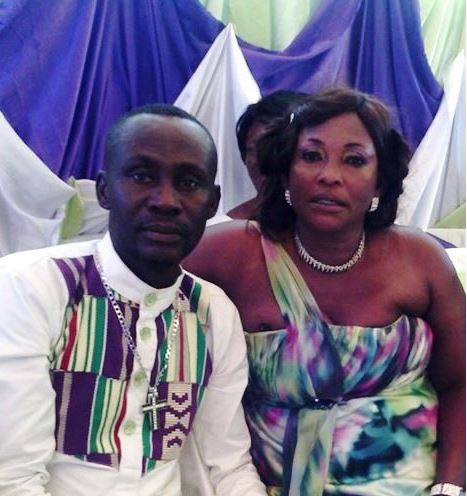 After getting married and divorcing within four days, actress Rose Mensah, popularly known as Kyeiwaa, may go down in history as having the shortest marriage in Ghana and perhaps the world at large.

Hours after the divorce, the actress nearly lost her life through a motor accident when she crossed a busy road
absent-mindedly.

?I have returned his drinks and he has accepted it so traditionally we are divorced because he deceived me, lied to me he was not a married man only for me to discover that he was happily married to a fellow woman like me.

?I am not a marriage breaker and would not destroy the marriage of someone who has toiled with his wife for several years. I can?t do that. The man lied to me he has a child with a woman but he did not tell me the truth
that he is married to the woman. I only got to know not long after he married me. I pray to God to forgive me for my sins. I did not know he was married else I would never have married him,? Kyeiwaa explained to NEWS-ONE.

The actress admitted that during her one-year long courtship with the man, Akwasi Bronya, she was alerted that he was married but she trusted him and took his denial as the truth.

?When the issue started, I trusted and believed in the man that it could not be true he had a wife. I know he has child but I did not know he is married. I thank God for giving me strength. It is the God of heaven who knows my heart. I am a poor woman and why should I snatch a married man from his wife whom he has toiled with all this while. I pray to God to forgive me because I did not know. I did not know he was married,? Kyeiwaa added.

Surprisingly, right after the marriage ceremony between Akwasi Bronya and Kyeiwaa, he found an excuse for her and returned home to sleep on the same bed with his wife Florence.

Apparently, Florence had heard that her husband Akwasi had gotten married to Kyeiwaa, but when she asked him, he denied and said he was shooting a movie with the actress and that he was only acting a wedding scene in the movie.

Florence told Amanda Jisih on Hitz Fm: ?I will not leave my home or my husband for Kyeiwaa. I will not call her or ask her anything about her involvement with my husband. ?There is no way I will leave my home for her to come and take over, I will not. I mean this is a man I have been through a lot with. I will stay and see how this will end.?

Chairman for the wedding, Eugene ?Wofa-U? Moratt, was the same person who chaired the divorce ceremony.

He told NEWS-ONE that Kyeiwaa had over the years insisted she did not want to become a second wife and had therefore turned down all the proposals which came her way.

Wofa-U said Kyeiwaa was, however, slain into love by the slyness of Akwasi Bronya but she had since learnt her lessons and taken the matter up to God through prayers.