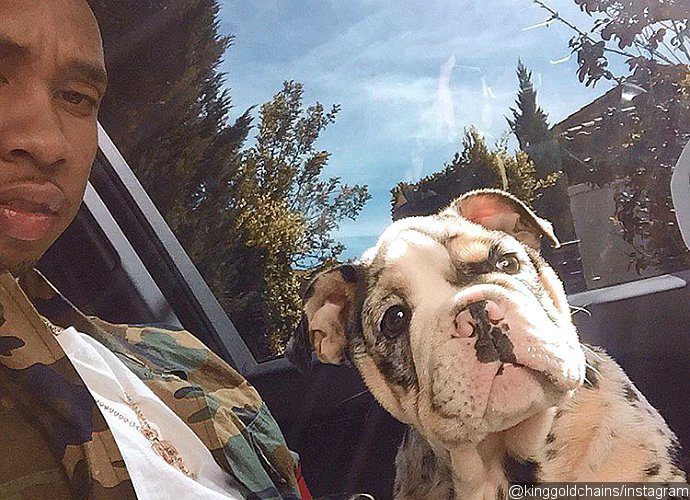 Kylie Jenner and Tyga are excited about having new adorable English Bulldog which is very expensive. The pair took to social media separately over the weekend to introduce the new puppy to their fans.

The “Keeping Up with the Kardashians” star took to Snapchat to share a video and a photo featuring the black-and-white puppy. The video showed the new puppy mingling with Kylie’s Italian Greyhounds, Norman, Bambi and Sophia. They seemingly scrambled to the reality TV star for food. Meanwhile, the photo showed the new furry friend lying on the floor. The words in the photo read, “Littlest fattie.”

Tyga posted on Instagram a picture of him with the adorable puppy. The 25-year-old rapper was sitting on the car seat while the puppy was sitting on his lap. The puppy showed an apparent bewildered facial expression to the camera. “Rolly,” Kylie’s boyfriend captioned it, supposedly dishing on the puppy’s name.

According to , the puppy didn’t come cheap. It cost $50,000. However, the pair didn’t spend a single cent to purchase it because it was reportedly a gift from Jeremy Greene, the CEO of PingTank app. Both Kylie and Tyga previously helped launch the app so that it now gains success.